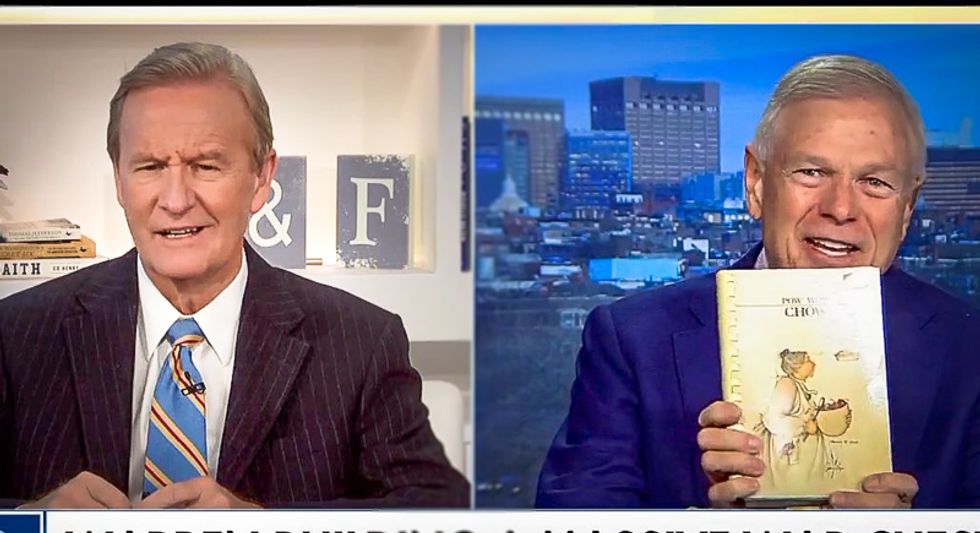 While the White House was in crisis mode on Thursday, the hosts of Fox & Friends attacked Sen. Elizabeth Warren (D-MA), who is a favorite to challenge the president in 2020.

"She's not terribly fast on her feet," Carr opined. "I understand why President Trump would like to run against her. The whole thing with her Native American ancestry, which is more than questionable. He calls her Pocahontas, they call him a racist. She's an ethnic fraud."

Carr then held up Pow Wow Chow, a 1984 cookbook with contributions from Warren.

"She contributed five recipes, two of them she plagiarized from a French cuisine book," he insisted. "Do you think they really served cold crab omelet back on the Trail of Tears in the 19th century? She speaks with a forked tongue."

President Donald Trump has repeatedly referred to Warren as "Pocahontas," and insists that the name is not a racial slur. For her part, Warren has denied ever using her ancestry to gain advantage in school admissions or employment.

Trump has said that he would like to face Warren in the 2020 presidential election.