Anderson Cooper breaks down while defending the dignity of Haiti: 'A dignity many in this White House could learn from' 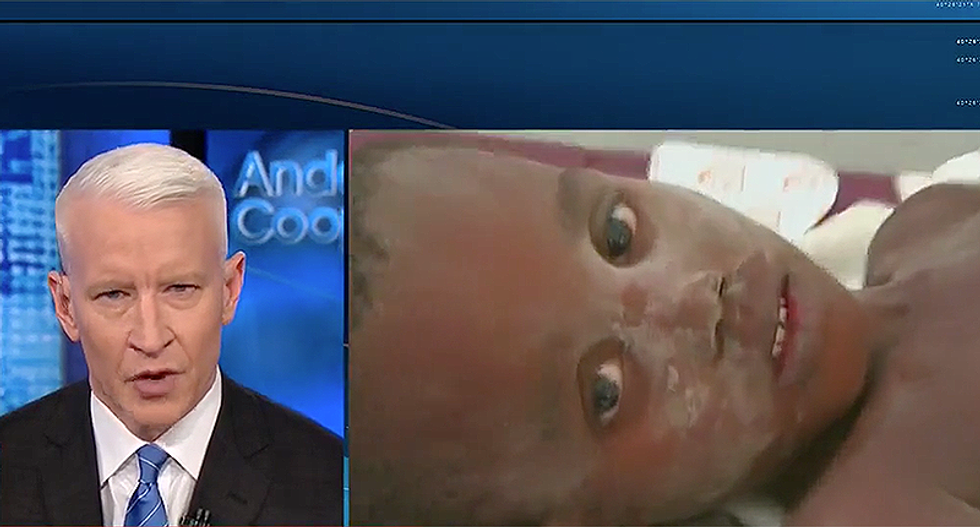 In a commentary about the remarks President Donald Trump made about the people of Haiti, Anderson Cooper spoke about those he encountered while covering the earthquake in Haiti in 2010.

Cooper talked about the way people slap your hand when they shake it. "They look you in the eye," Cooper said. He talked about the heart and soul of a people determined to overcome the worst moments of their lives.

People dug through rubble "with their bare and bloody hands to save complete strangers, guided only by the cries of the wounded and the dying," Cooper said.

"I was there when a young girl named Bee was trapped in rubble for nearly a day was rescued by people who had no heavy equipment. They just had their God-given strength and determination and their courage," Cooper continued.

"I was there when --" Cooper paused, his voice cracking. "When a 5 year-old boy named Mowgli was rescued after being buried for more than seven days. Do you know what kind of strength it takes to survive on rain water, buried under concrete? A 5 year-old boy, for seven days."

"They stand tall and they have a dignity," he closed. "It's a dignity many in this White House could learn from. It's a dignity the president with all his money and all his power could learn from as well. On the anniversary of the earthquake, when this president has said what he's said about Haitians, we hope the people in Haiti who are listening tonight, in Port-au-Prince and Jacmel in Miami and elsewhere we hope they know our thoughts are with them."