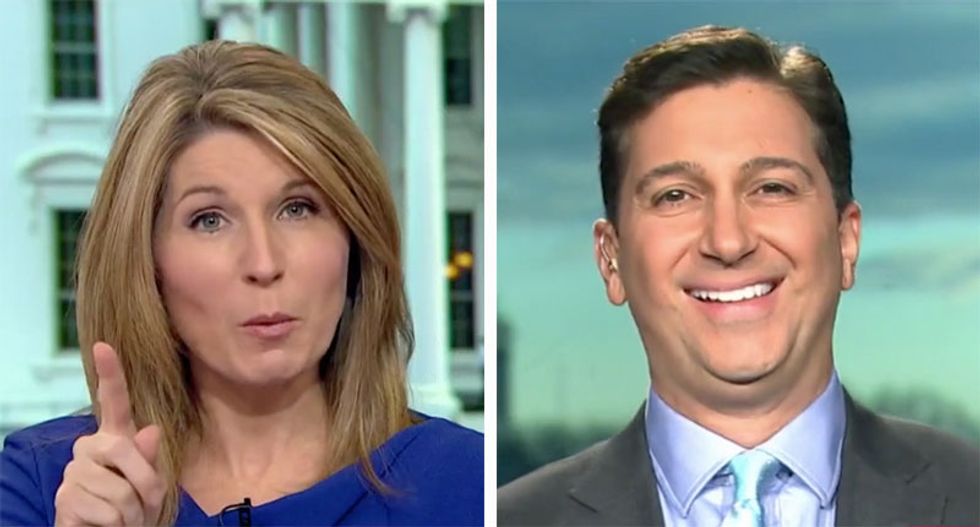 "Republicans seeking to discredit the Bob Mueller investigation have collectively honed in on a new talking point centered around missing text messages between two FBI officials already under scrutiny for privately sharing their personal views about Trump and other politicians," Wallace began. "Their theory goes like this: instead of a computer glitch, it was actually the FBI who deleted the texts as part of a widespread conspiracy to undermine Donald Trump."

"The president tweeted about it last night. Maybe he was being sarcastic, I'm not sure any more," Wallace acknowledged.

Wallace then tried reading a statement by Samsung, when she broke down in laughter.

"I thought you were going to ask me about secret society, Nicolle," Dilanian replied.

"You know what, let me do this. Let me do the loons justice and play the secret society sound. Let's roll Ron Johnson," Wallace said.