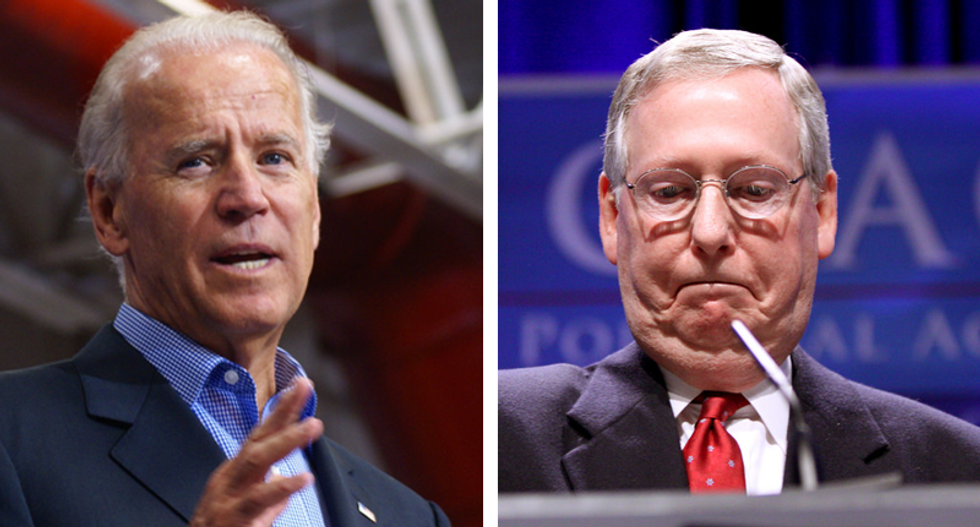 The former vice president said Obama “would sit there literally after” each press briefing “and say, ‘What the hell are we going to do?’” Biden explained.

Biden was speaking to the Council on Foreign Relations about Russian efforts to sow discord in the United States’ electoral process. He told president Richard Haass that he regretted the administration’s failure to take more action before the election.

"Had we known what we knew three weeks later, we may have done something more,” Biden said, according to Politico.

“Can you imagine if the president called a press conference in October, with this fella, Bannon, and company, and said, ‘Tell you what: Russians are trying to interfere in our elections and we have to do something about it,’” Biden said. “What do you think would have happened? Would things have gotten better, or would it further look like we were trying to delegitimize the electoral process, because of our opponent?”

The Atlantic has previously reported on McConnell’s efforts to curb the Obama administration’s efforts during the election. “The effort was stymied by several Republicans who weren’t willing to cooperate, including, reportedly, Senate Majority Leader Mitch McConnell,” the Atlantic’s Kaveh Waddell wrote in December 2016.