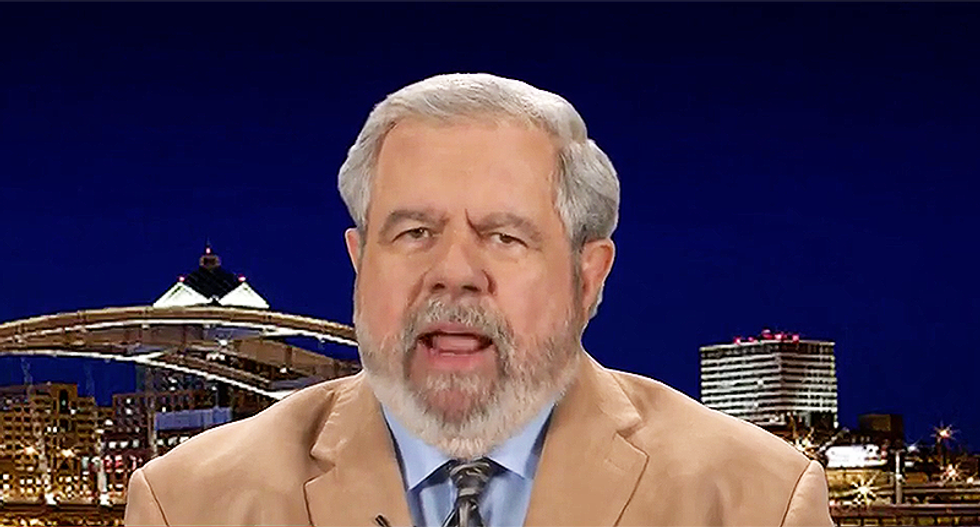 Donald Trump's biographer David Cay Johnston seemed to be telegraphing that the president is prepared to become a full dictator if he feels threatened.

A Washington Post report added to an earlier New York Times revelation that Trump was so furious at Mueller it "rose to such a level that then-White House strategist Stephen K. Bannon and then-Chief of Staff Reince Priebus grew 'incredibly concerned' that he was going to fire Mueller and sought to enlist others to intervene with the president, according to a Trump adviser who requested anonymity to describe private conversations."

During his Thursday show, Lawrence O'Donnell wondered if it was Bannon or Priebus who gave the quote. Trump made sure both men were removed from the White House and O'Donnell noted it put them both in a position to be available to reporters.

Johnston then explained that leaks like these don't come from prosecutors -- they come from the defense.

"Secondly, these people are not going to go to jail for Donald Trump," he continued. "...Donald Trump, who speaks in dictatorial terms, will think to himself at some point, 'do I need the military to retain power?' And that's a real possibility if you think about it because the checks and balances in our Constitution are words on paper. It is the deeds of men and women that matter, and the Constitutional crisis we could face at some point is Trump trying to not leave office if he's impeached or not appear before a grand jury and not obey a contempt citation."