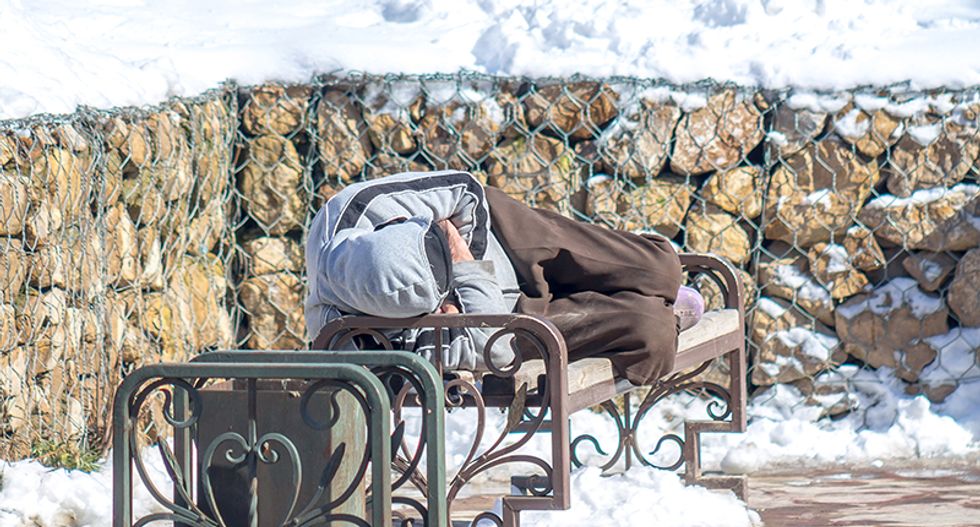 More than a dozen people have already died from the cold weather that is freezing the lower United States.

As of Tuesday evening, the Weather Channel put the deaths at 12, but overnight that number increased. One elderly woman from Detroit was found by the custodian shoveling snow at a school, WXYZ reported.

Police say that the 96-year-old woman lived alone and seemed to have wandered away from her house. She was dressed only in a nightgown, robe and slippers. The family told police she had just been diagnosed with dementia. Temperatures in Detroit overnight were in the single digits with wind chills below zero.

Each year, the cold claims more deaths than heat waves, the CDC reported in 2016. According to the study, older people are more susceptible to succumb to extreme temperature variations than younger people. Income is also a factor in weather deaths. The Washington Post cited the analysis, finding “weather-related death rates were two to seven times as high in low-income counties as in high-income counties.”

Homeless people living on the streets might be bundled up, but hypothermia can set in after prolonged exposure. Poorer families also face dangers if they live without temperature-regulating luxurious like insulation or heat. 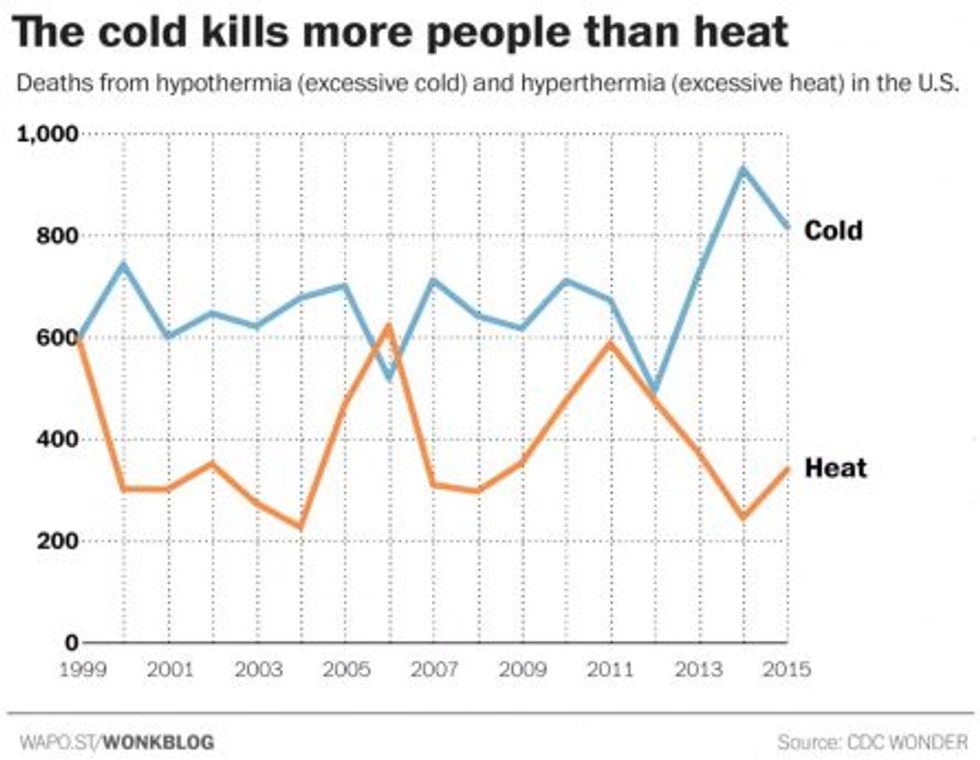 The CDC found that cold kills 20 times more people than heat does. On average 144,000 die from cold weather, compared to 9,000 from hot weather.

The problem isn't unique to the United States. From 2012 to 2016 more than 120,000 people in England and Wales died from the cold weather or cold-related causes.