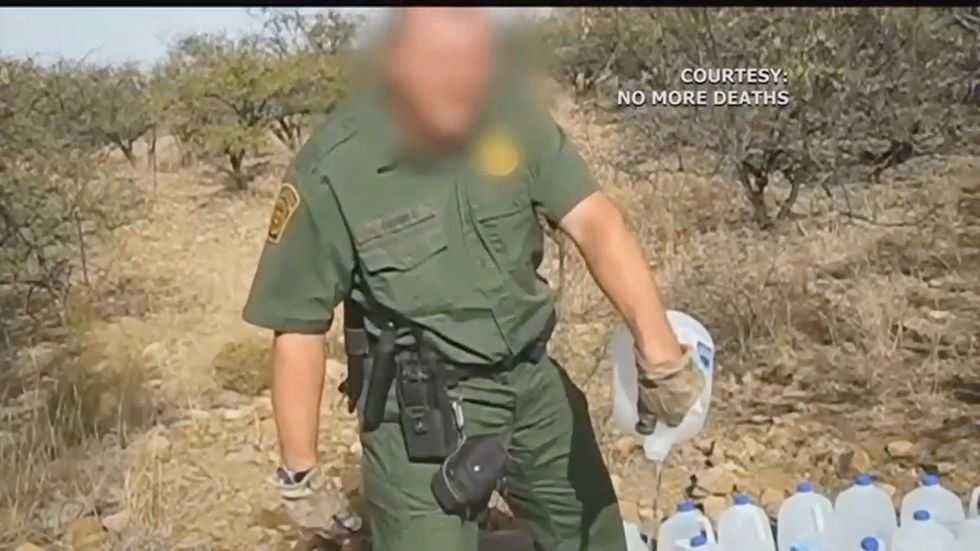 The U.S. border patrol arrested an activist with an organization that tries to prevent border crossing deaths hours after the group released video of agents dumping water left at the border.

The Associated Press reported that 35-year-old Scott Daniel Warren was charged last week with harboring two undocumented immigrants. Warren is a volunteer with No More Deaths, a group which leaves food and water at the border in hopes of preventing border crossing deaths.

The border patrol reportedly conducted surveillance of a building where Warren was supplying immigrants with food, water and a place to sleep.

The arrest came just hours after No More Deaths released video showing an agent kicking over five water jugs left at the border. Another video showed an agent dumping "gallons" of water, according to the AP.

Group volunteer Caitlin Deighan called the arrest suspicious because it came so soon after release of the video.

"We see it as an escalation and criminalization of aid workers," Deighan said.

"This is a humanitarian aid worker trying to save lives," Walker stated.

Watch the video below from KVOA.