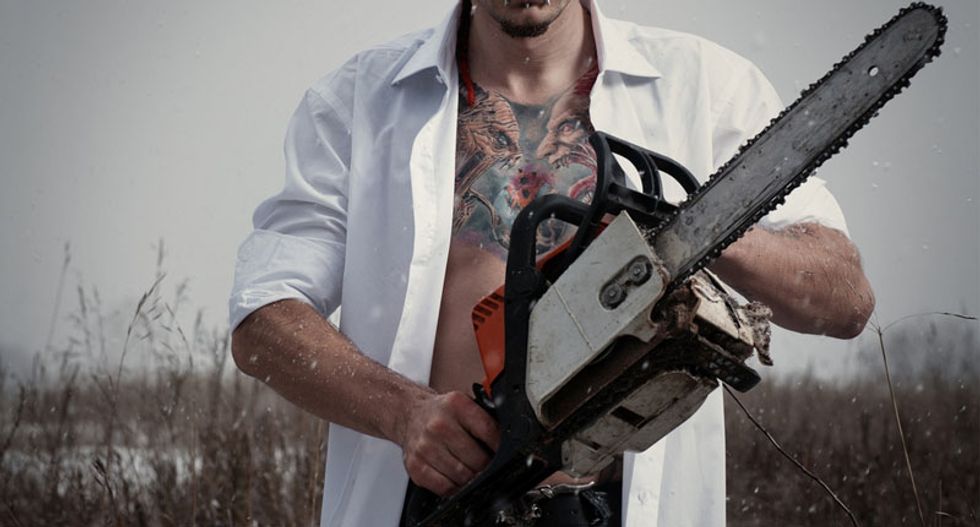 Man with a chainsaw (Shutterstock)

A Lake County, Florida man was arrested Monday for allegedly yelling racial slurs and threatening his neighbors with a chainsaw, News 6 Orlando reports.

John Ratcliff, a Clermont Public Works foreman, was reportedly in his backyard shouting racial epithets and waving a firearm towards his neighbor and her family just before she called the police around 1 a.m. The victim reportedly took video of the incident.

"This is going to be your last year here,” Ratcliff said before using his chainsaw to cut down the border fence between his and his neighbor’s property.

When police arrived, they found Ratcliff drinking a beer and refusing to comply with orders during a 20-minute stand off with police. According to News 6, Ratcliff told police to “suck my [expletive]” when they arrived at his property.

Ratcliff has been placed on paid leave from his job at public works, where he’s been employed since 2006. Clermont director of communication Tracy Jacim told News 6, “if an employee exhibits actions on or off the job that can negatively impact operations or the city’s reputation,” their actions can be subject to review.

As News 6 reports, Ratcliff has been charged with aggravated assault and intent to commit a felony.