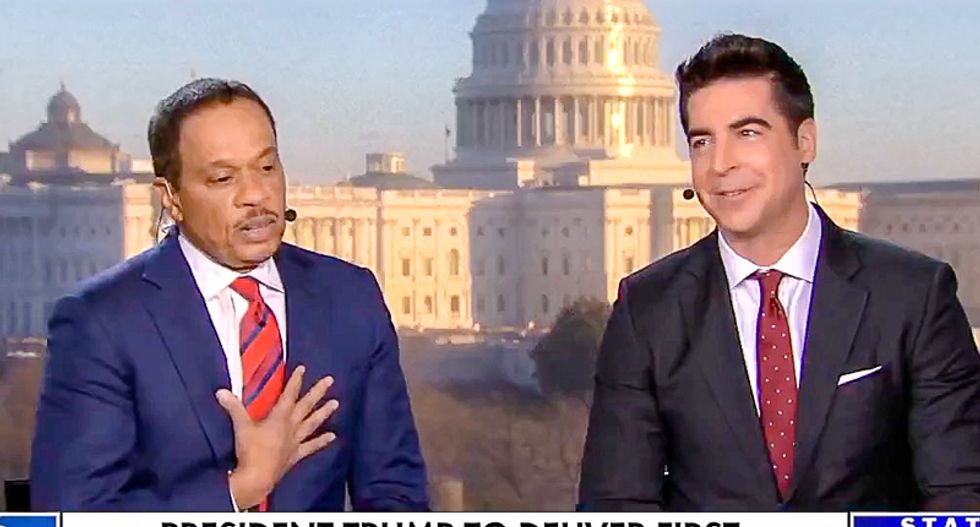 During the opening segment on The Five, host Jesse Watters began by teasing the president's upcoming speech.

"It's going to be a lot of recounting all the winning," he added. "Which could take a very long time. Especially, with all the applause."

"I'm just overwhelmed by the winning," Williams replied sarcastically. "It's been so much winning. So, when I look at the numbers, it's just so overwhelming."

"I am thrilled, Jesse," the left-leaning Fox News host continued. "Because I understand as his guest he'll have like Stormy Daniels maybe or how about [accused sexual predator and former RNC treasurer] Steve Wynn."

"Cheap shot!" Watters exclaimed as the rest of the panel groaned. "He should bring [Monica] Lewinsky."

"It was a $130,000 shot," Williams replied, referring to Trump alleged payout in exchange for Daniels' silence.

In the end, the Fox News host said that he hoped Trump made an attempt to unify the country.

"But my fear is, is that's not Donald Trump," Williams lamented.