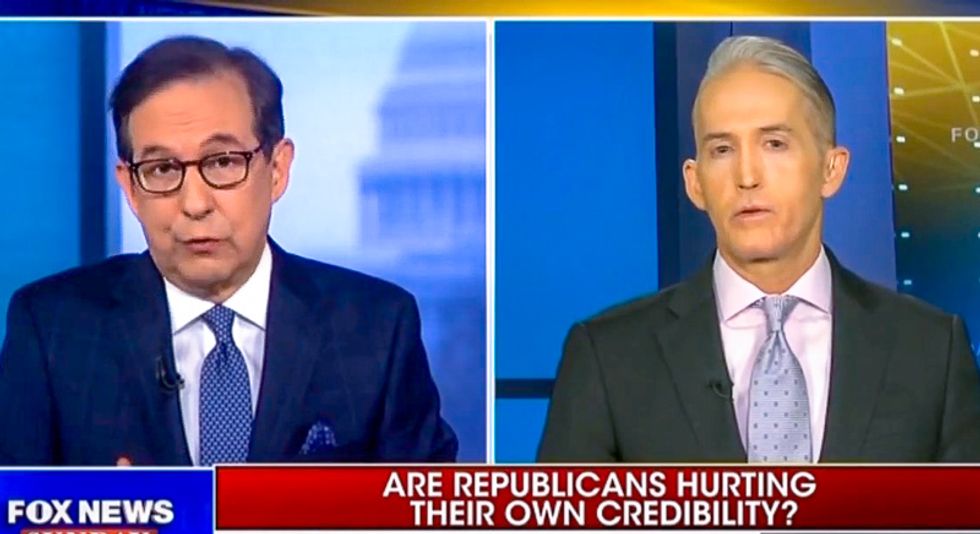 Fox News host Chris Wallace suggested to House Oversight Committee Chairman Trey Gowdy (R-SC) on Sunday that Republican lawmakers "hurt their credibility" when they hype bogus conspiracy theories to distract from the investigation into Russia's interference in the 2016 U.S. election.

During an interview on Fox News Sunday, Wallace pointed out to Trey Gowdy that a so-called "secret society" of FBI agents ended up being revealed as a joke after Republicans suggested that it was evidence that it had been an attempt to sink Trump's presidency.

"Don't Republicans hurt their credibility on real issues of bias when they make such a big deal about secret societies and palace coups?" Wallace asked.

"Yes," Gowdy agreed. "Republicans are the best I've ever seen at taking good facts and overstating them and therefore changing the narrative."

"There's a pattern," Gowdy added. "And Republicans are better served by letting the text speak for themselves. I have no idea what they meant by that. I don't know if it was a joke or not. It's not my job to figure it out."