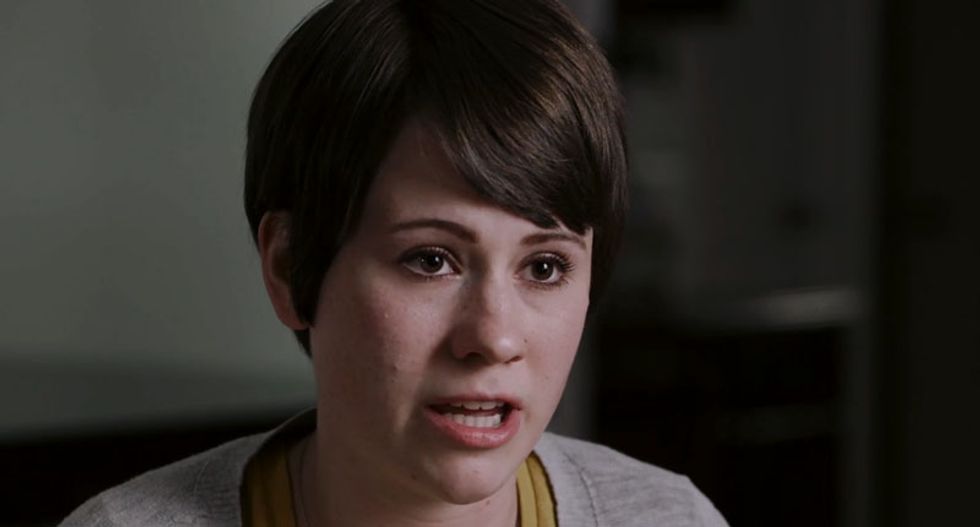 Emily Thomes says she was engaged to a same-sex partner before she went to a Bible study class one evening -- which eventually led to her renouncing her lesbian "lifestyle" altogether.

She is featured in a new video posted to Facebook by the Christian group Anchored North. In the video, Thomes explains why she stopped being a lesbian.

"I could not stop thinking, what if it is all true?" she remarks in the video. "Are you sure this is who you are?"

"People say to me all the time, 'I was born this way.' I say, 'Okay, me too. You’re not born with right affections," Thomes adds later in the video. "That’s why Jesus had to come. You feeling a desire for sin just proves you need grace like me.”

"It’s not gay to straight. It’s lost to saved."

The video has racked up more than 1.3 million views on Facebook. But many of the top comments on the video are critical of its message.

"This little video is enough to push gay kids over the edge to suicide. If God changed her, why didn't the prayers of my daughter count? So so wrong," one Facebook user said. "I'm willing to bet good money that she is on the bisexual spectrum, or else she is really doing an injustice being in a relationship with that young man. Let me tell anyone who is gay and watching this video that God created you just exactly as you are."

"This is Christians using a fear tactic to make this girl question everything and become brainwashed into their thinking and it sickens me to no end," another user commented. "I had to break free from the toxicity of the church to be able to be who I am today. I’m not perfect but I know I’m a lot happier than I was before and I feel free. Being a Christian was living in fear and always feeling bound and a slave to a deity."

"This is inhumane and brainwashing. Truly disgusting. Born gay, born a sinner? What in the world. No one should feel ashamed for who they are," another wrote.

Watch the controversial video below: