CNN's Jake Tapper stunned by 'nasty' fallout from Trump-Bannon revelations: Nothing like ever before in US history 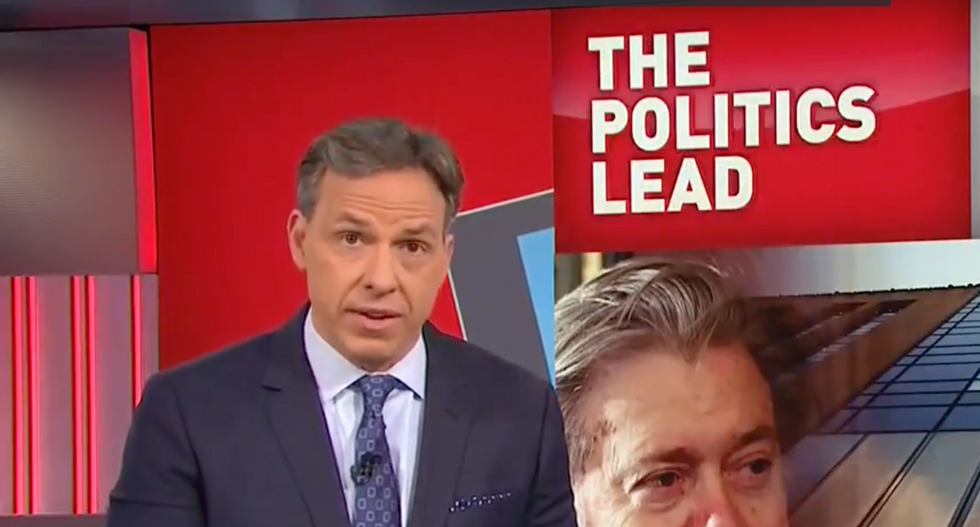 “For the youngsters out there, it's impossible to overstate just how bizarre today's news is,” Tapper began. “President Trump issued a statement like no presidential statement ever before in American history, lambasting his former campaign and White House senior strategist Steve Bannon in no uncertain terms. This comes after the release of explosive excerpts from a new book claiming to reveal the inner-workings of the Trump campaign and White House.”

“What could be the most consequential revelation, Bannon seeming to tell the book's author he thinks that meeting between Jared Kushner and Paul Manafort with others who were billed as being from the Russian government, that that meeting was ‘unpatriotic’ and ‘treasonous.’”

Tapper explained that Trump, after being told about that excerpt, “unloaded today,” releasing an official White House statement insisting Bannon “not only lost his job, he lost his mind.”

“And then the president got nasty,” Tapper said.