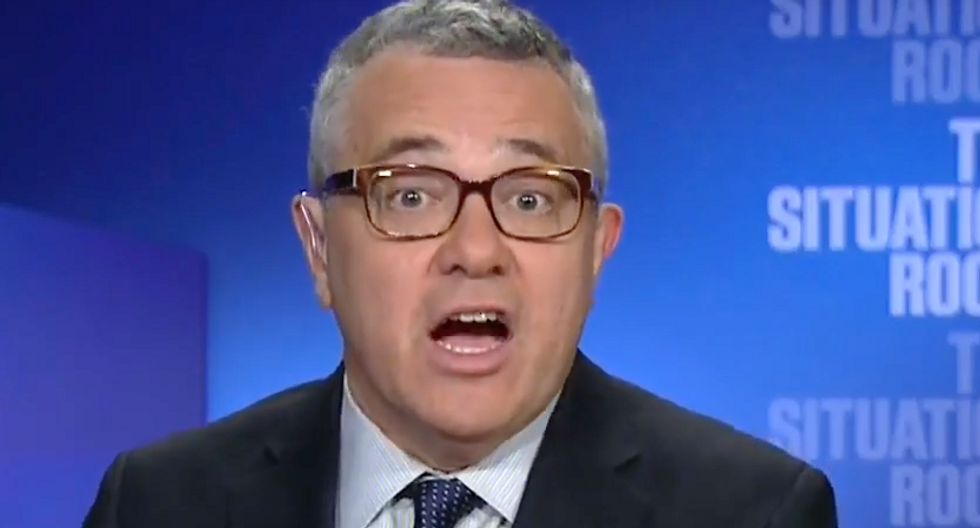 The Wall Street Journal last week reported that the president’s lawyer, Michael Cohen, paid Daniels—whose real name is Stephanie Gregory Clifford— $130,000 in October 2016 in exchange for her silence about an affair between herself and Trump. The watchdog group Common Cause on Monday filed a complaint against the Trump campaign over the alleged payout.

CNN’s Wolf Blitzer wondered if those group have a case.

“If we were functioning on planet Earth, for example, I think this would be taken very seriously,” Toobin said. “Because why else would you give Stormy Daniels, for all her wonderful talent, $130,000? The only reason is to keep her quiet during the campaign. That is a campaign contribution.”

“That is illegal, if it's not reported properly,” Toobin added. “Whether the Department of Justice and the FEC—which is essentially paralyzed agency—has the courage, has the integrity to go forward with the real investigation, I don't know. And especially if you combine this with the reports in Michael Wolff's book that there were many payments to such women during the campaign, which also would be campaign contributions, you know, I think if we had a serious Department of Justice, it would be investigated.”