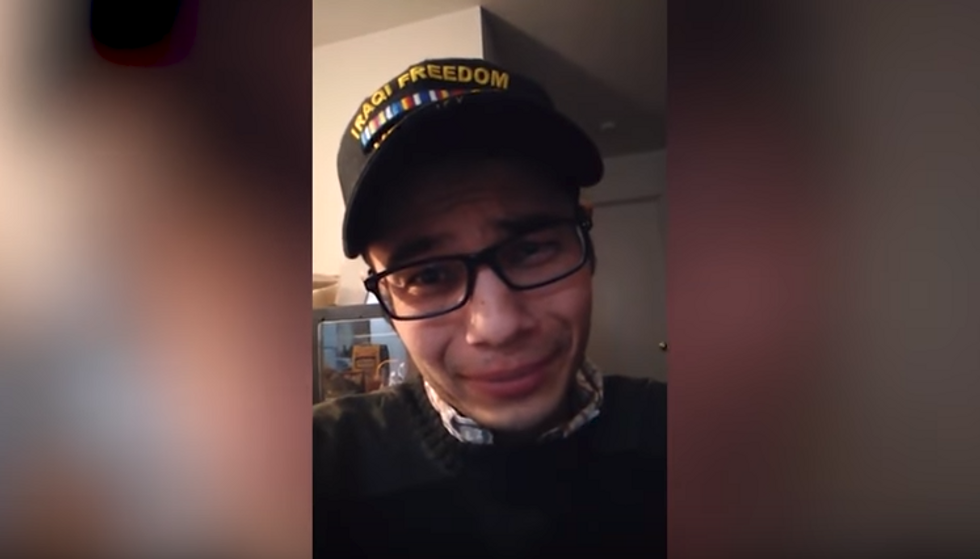 Matthew Riehl, who has been accused of killing a suburban Denver sheriff’s deputy and wounding four others on New Year's Eve (Screen cap).

Matthew Riehl, the man accused of killing a suburban Denver sheriff’s deputy and wounding four others, is a veteran of the Iraq War who is also fond of posting alt-right memes on his Facebook account.

Forbes writer J.J. MacNab discovered Riehl's Facebook page, in which he identifies himself as "Matt Gonzo," and where he has posted multiple memes featuring Pepe the Frog, the cartoon that has been appropriated as a symbol for white nationalists.

As the Associated Press has reported, Riehl seemed to have a grudge against local police officers, and posted multiple complaints about the Douglas County Sheriff's Department on YouTube.