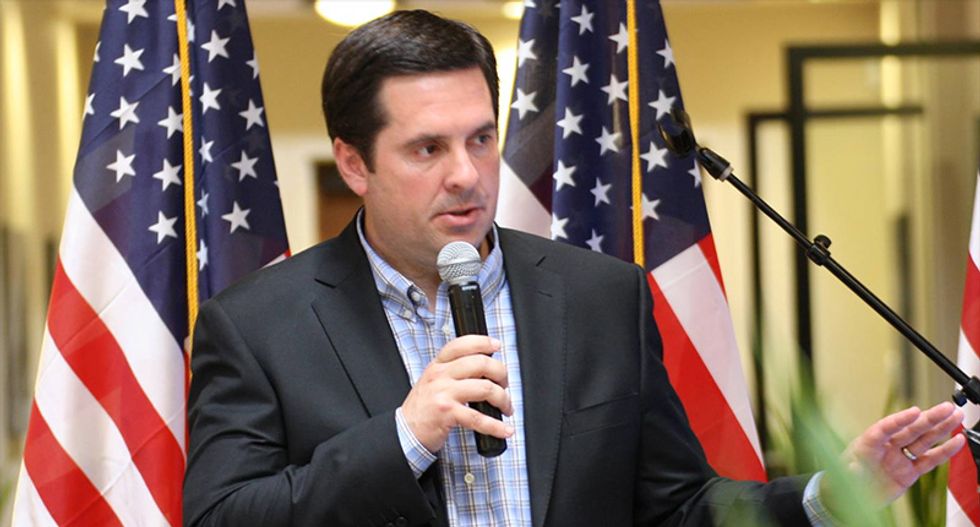 House Intelligence Committee chairman Devin Nunes (R-CA) on Tuesday declined to say whether he worked with the White House on the anti-FBI memo written by members of his staff, the Daily Beast reports.

His refusal came during a closed-door committee meeting, during which Rep. Mike Quigley (D-IL) asked Nunes if his staffers engaged with the White House as they wrote the memo alleging improper surveillance by the FBI during the 2016 presidential election.

That memo has created a political firestorm in recent weeks with leading Republican figures demanding the release of the memo while simultaneous deferring to the Trump administration on whether to actually release it. Democrats have accused the Nunes memo of being a political ploy designed to provide cover to Donald Trump in special counsel Robert Mueller’s Russia investigation.

As the Beast reports, Nunes told Quigley, “I’m not answering” when asked point-blank about possible communications with the White House.

According to Nunes, people related to the Trump transition team (which the House intel chairman was himself on) were swept up in “incidental surveillance” and improperly monitored by the former administration.

According to Trump, Nunes’ press conference “somewhat vindicated” his baseless claim that Obama “wire tapped” Trump Tower in 2016. As the News Yorker’s Ryan Lizza reported last year, in the aftermath of that unsubstantiated claim, the White House put out an “all-points bulletin” to “find something” that would validate Trump’s charge.

Sen. Richard Burr (R-NC), who heads the Senate Intelligence Committee, has said “the unmasking thing was all created by Devin Nunes.”