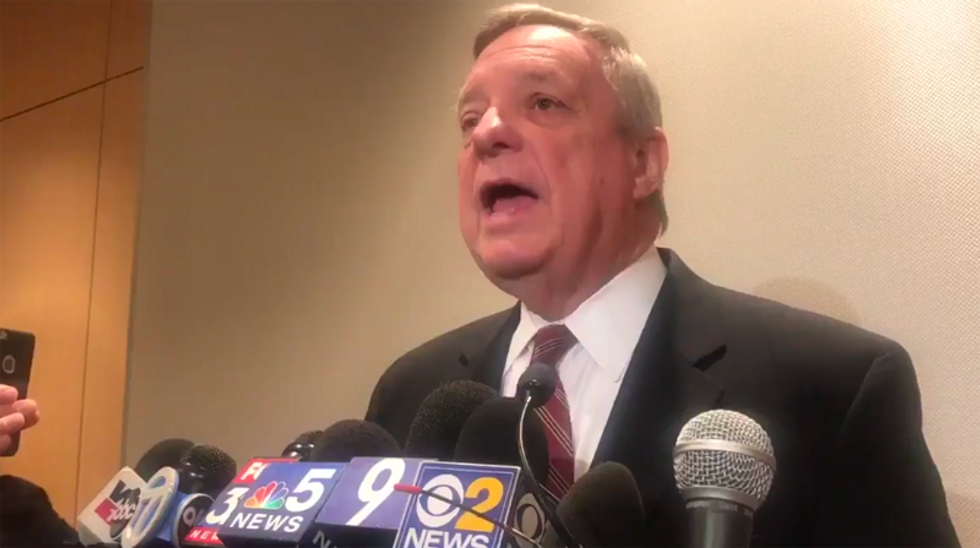 Sen. Dick Durbin on Monday doubled down on his recollection of an Oval Office meeting where Trump allegedly made racist sentiments about Haiti and African countries.

While speaking to reporters, Durbin called on the White House to release the tapes of a White House meeting in which Trump reportedly referred to African nations as "shitholes".

Durbin also pushed back against some Republicans who claim that Trump used the term "shithouse" instead of "shithole."

"I know what happened," Durbin said, noting that he attended the Oval Office meeting on immigration reform. "I stand behind every word that I said."

Durbin said that he is "stunned that this is their defense."

"I don't know if there was some other recording device in use within the Oval Office," Durbin added. "If there was, I just want to call on the White House right now, release whatever you have."

Watch the video below from WBEZ's Tony Arnold.