Doctor takes the blame for Trump's slurred speech: I accidentally 'dried up his secretions' 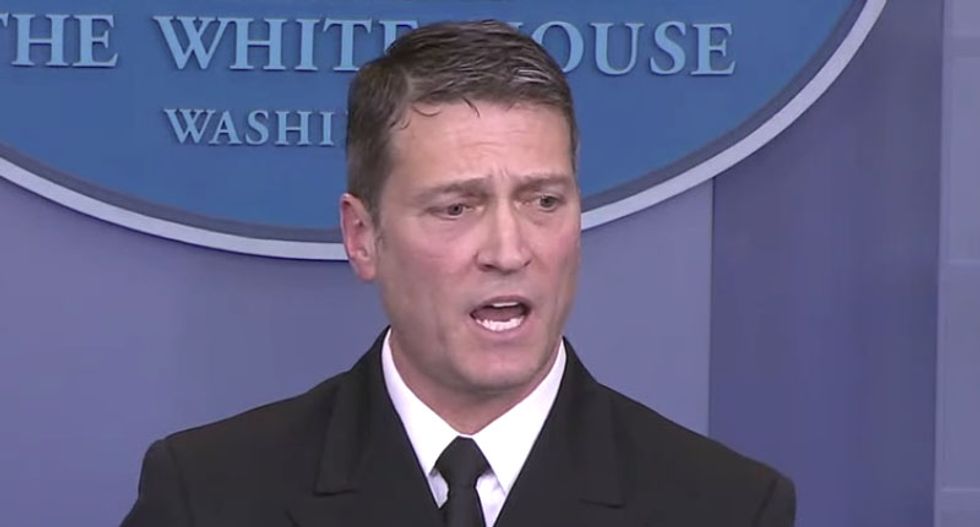 A doctor who examined President Donald Trump said during a White House briefing on Tuesday that he was in excellent health.

Dr. Ronny Jackson, the White House physician, also took the blame for an incident in December in which Trump appeared to slur his words.

Jackson suggested that Trump had slurred his words because he had a dry mouth. "I had given the president some medication, specifically some sudafed over the days previous and dried up his secretions more than I intended to."

Dr. Jackson says he looked into recent instance in which Pres. Trump appeared to slur words while giving remarks, says he had given the president Sudafed and "inadvertently dried up his secretions." https://t.co/TtJqVR8nLg pic.twitter.com/LUJDO6yisv