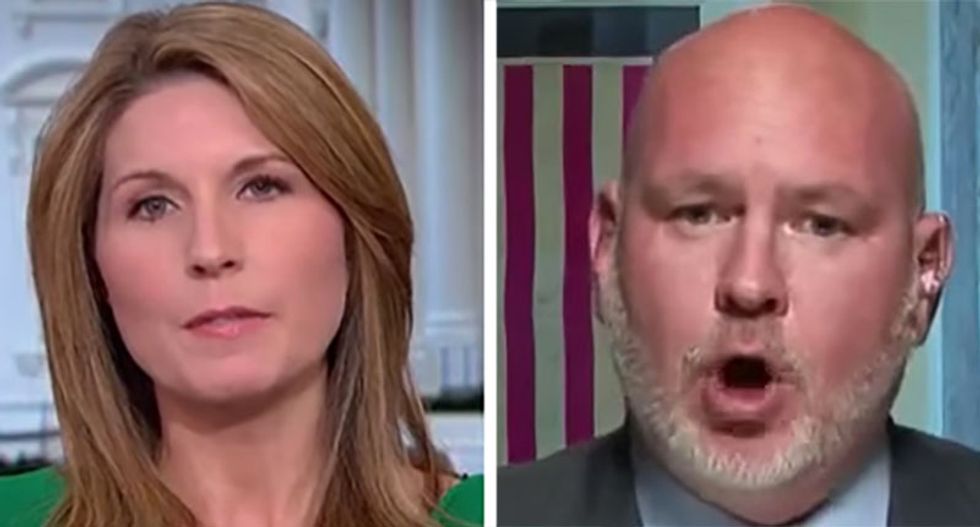 Republican strategist Steve Schmidt on Monday was unimpressed by people who insist the president’s “heart” is in the right place when it comes immigration, explaining what matters is Donald Trump’s words and actions.

Schmidt was speaking with MSNBC’s Nicolle Wallace, who noted Sen. Lindsey Graham (R-SC) is certain this president really agrees with a more moderate immigration position than top aide Stephen Miller and other hardliners in the White House.

“I think we’ve made a big mistake in recent years, Nicolle, trying to analyze what’s in people’s hearts,” Schmidt said. “Frankly, I don’t care what’s in Donald Trump’s heart. I care about the outcome, I care what comes out of his mouth.”

Schmidt explained that Trump began his campaign talking about “rapists and the murderers” from Mexico, said a judge was “disqualified for service from the federal bench” because of his heritage, implemented a Muslim ban and committed the “moral travesty” of Charlottesville, Virginia.

“Over and over again,” Schmidt said of Trump’s racist displays. “Including the release this weekend of an ad where Team Trump has fully embraced and embodied the spirit of George Wallace.”

Schmidt argued government’s weekend shows “incredible ineptitude—the ministerial managements of government by the majority party. Just extraordinary, and it makes us look like a banana republic from abroad.”