Ellen DeGeneres hits back at Eric Trump's 'deep state' tweet: 'No one has undermined Donald Trump more than Donald Trump' 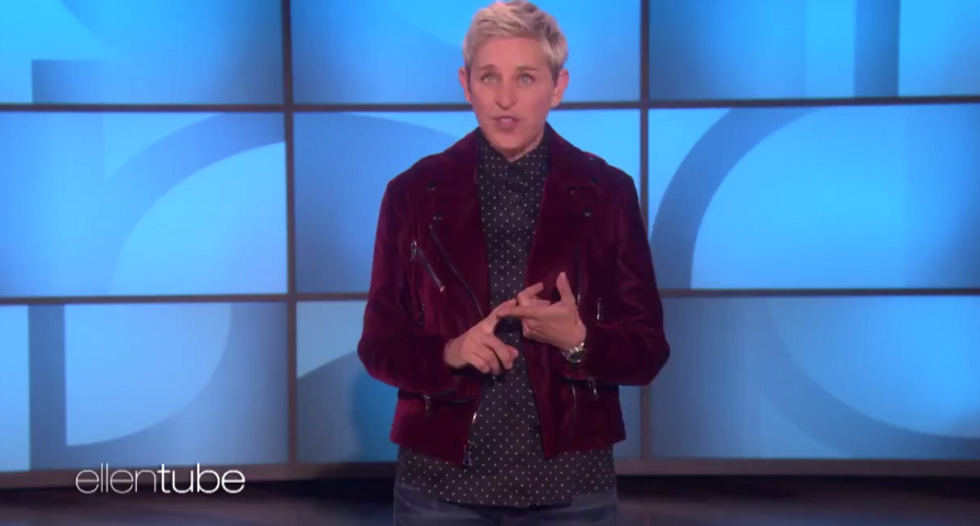 Presidential Medal of Freedom recipient and gay rights icon Ellen DeGeneres on Wednesday shot back at Eric Trump for suggesting she’s part of the “deep state,” joking that she doesn’t have time between her Monday gay agenda meetings and Wednesday Illuminati brunches with Beyoncé.

Trump made headlines early Wednesday, tweeting that Twitter’s “who to follow” suggestions are indicative of the “deep state.”

Describing Trump’s tweet, which she described as “the craziest thing I’ve seen all week,” DeGeneres told her audience she has “some questions.”

“First of all, which one is Eric?” she asked. “Did he kill the elephant or the cheetah? Second, what is Deep State? Is it near Dollywood? Because I’m in if it is.”

“Eric, I just want to say I’m honored that you think I’m powerful enough to be part of a government conspiracy,” she said, before arguing she doesn't have time for such an activity.

“I’ve got my gay agenda meetings on Mondays, on Wednesday Beyoncé and I host an Illuminati brunch, and then Portia and I on the weekends are desperately trying to have a baby," she joked.

I woke up to discover I was part of a government conspiracy called #DeepState. Here’s what I have to say about it. pic.twitter.com/YbyrUgxA4T