Ex-union president righteously rips 'liar' Trump over Carrier layoffs: 'A con man who sold us a bag of sh*t' 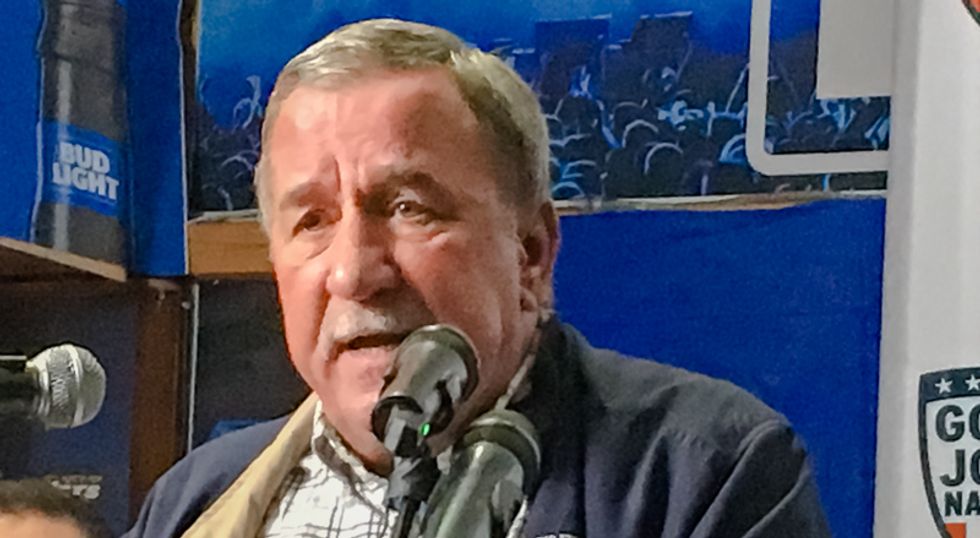 Former United Steelworkers President Chuck Jones on Wednesday blasted President Donald Trump for failing to prevent layoffs at Carrier even though he has taken credit for saving jobs at the company by negotiating $7 million in tax incentives.

Carrier announced earlier this week that 215 workers would be laid off at its Indianapolis plant on Thursday. The announcement came a year after Trump claimed he had saved over 2,000 jobs by threatening to "tax the hell" out of the company if it moved the plant to Mexico. In the end, then-Indiana Gov. Mike Pence (R) promised Carrier $7 million in tax incentives to stay in the U.S.

On Wednesday, a group of Carrier workers and supporters gathered for a “The State of the Working Class” event to express their outrage over the layoffs.

Jones began his speech to the group by acknowledging that Trump had helped save jobs at the Carrier plant.

"Everybody's well aware of it, he campaigned to Bernie Sanders' message, he campaigned on keeping jobs here in this country," Jones continued. "We've got some people here that voted for Donald Trump because of the promises that he made. All during the campaign, Donald Trump numerous times mentioned Carrier by name. If he was president, the Carrier jobs would not be leaving this country and people bought into it."

According to Jones, unions "keep getting our ass kicked" in elections because some members do not turn out to vote.

"Our wizard of an ex-governor, Mike Pence, thought it would be a wonderful idea if taxpayers of Indiana anted up $7 million to give to [Carrier] because they are keeping 730 jobs here in the state," Jones noted. "Whether you guys realize it, some of your tax money is not going to schools and stuff like that, it's going to a very profitable corporation... That's wrong."

Jones, who did not vote for Trump, asserted that the then-candidate "was full of shit when he was campaigning."

"When he was saying these jobs would not be leaving this country, not at any point in time did he say, 'I'm bringing back my jobs I've got outside the country. I'm going to bring back my daughter's jobs,'" Jones pointed out. "He's a pure and simple con man and I'm sorry people bought into his message. He sold us a bag of shit and now we're stuck with it."