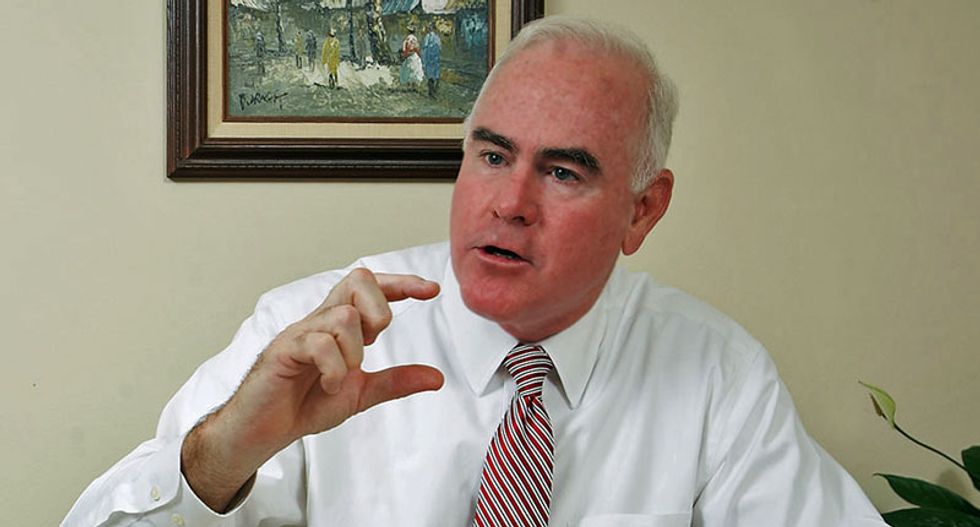 "A married father of three, Mr. Meehan, 62, had long expressed interest in the personal life of the aide, who was decades younger and had regarded the congressman as a father figure, according to three people who worked with the office and four others with whom she discussed her tenure there," The Times reported.

Rep. Meehan is a member of the House Ethics Committee.

After the female staffer began a serious relationship, Rep. Meehan professed his desires in person and in a handwritten letter.

"Life in the office became untenable, so she initiated the complaint process, started working from home and ultimately left the job," The Times reported. "She later reached a confidential agreement with Mr. Meehan’s office that included a settlement for an undisclosed amount to be paid from Mr. Meehan’s congressional office fund."

The reporting is based off of interviews with 10 people.

After filing the complaint, Rep. Meehan was represented in the investigative process by two staffers from his congressional office and two lawyers for the House's office of employment counsel.

The accuser paid her own legal fees, which combined with her living expenses while out of work, were not covered by the settlement amount she received.

"The handling of that complaint — which included an aggressive pushback by representatives from Mr. Meehan’s office and congressional lawyers, who suggested she had misinterpreted the congressman’s behavior — demoralized the aide. It led to her estrangement from her colleagues, and isolation from friends, family and her boyfriend, according to the people in whom she confided," The Times reported. "It set her back financially and professionally, as she continued to pay legal costs associated with the complaint even after leaving her job in Mr. Meehan’s office and struggling to find a new one. She moved back in with her parents and ultimately decided to start a new life abroad."