Forget 'covfefe': Steven Bannon just invented a new word and no one knows what the hell it means 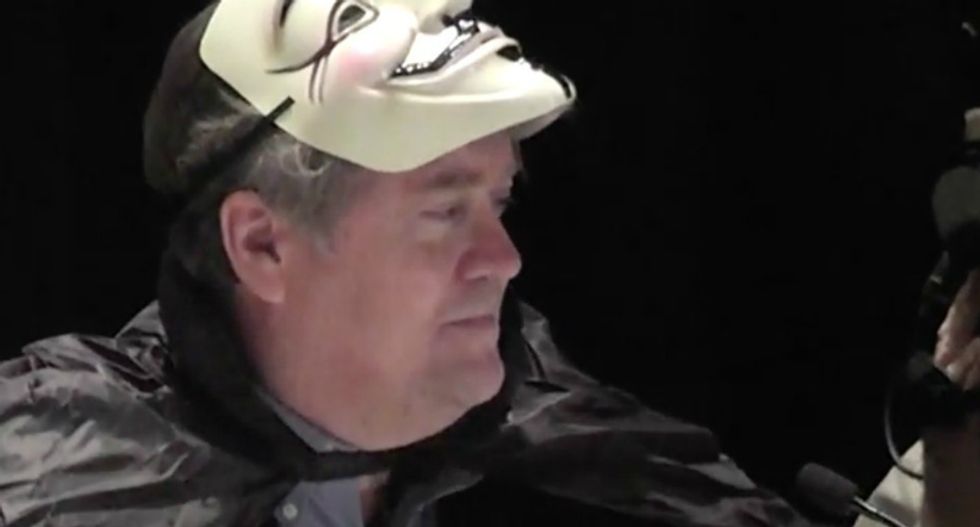 Move over, covfefe — 2018's already got a new indecipherable word.

"The chance that Don Jr. did not walk these Jumos up to his father’s office of the 26th floor is zero," Breitbart executive and former White House aide Steve Bannon told writer Michael Wolff in Fire & Fury: Inside the Trump White House. He was referencing Donald Trump Jr.'s infamous Trump Tower meeting with a cabal of Russians, but the strange term "Jumos" really stuck out to most readers.

"What the f*ck is a 'Jumo'?" Spin's Maggie Serota asked in an article speculating that the term might "a new slur."

Others were similarly confused by the word.

Yet another user came up with what appears to be a more plausible definition — "JUnior Moscow Operation."

"The consensus among Spin staffers is that Bannon was probably referring to the Russians as 'Jamokes,'" Serota wrote in Spin, "which Urban Dictionary defines as a 'clumsy loser who is incapable of doing normal human tasks.' The term probably got lost in translation when the interview recordings were transcribed, likely by someone other than Wolff."