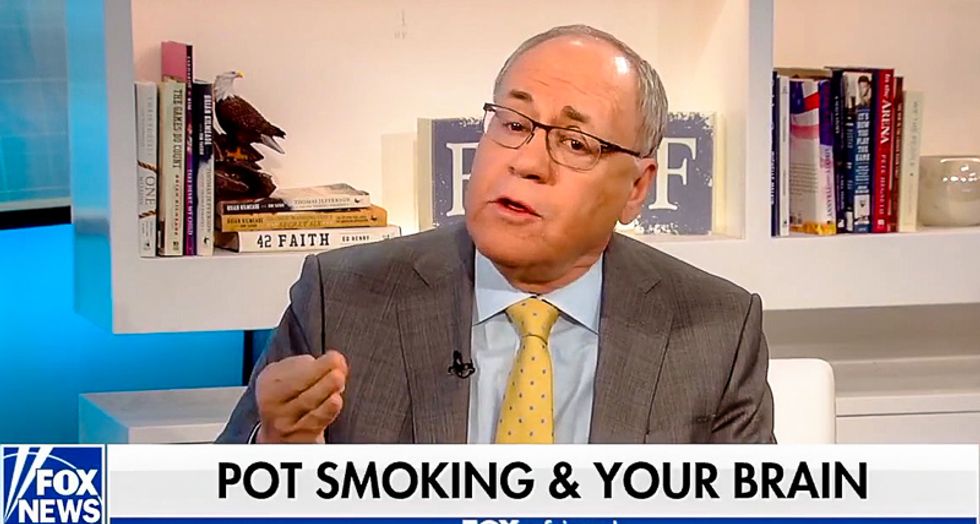 Fox News Medical A-Team member Dr. Marc Siegel on Wednesday asserted that marijuana was "worse than alcohol" for drivers because it stays in the system for days, and that pregnant women could not be trusted not to abuse the drug.

In a segment on Fox & Friends that resembled 1930s-era anti-marijuana propaganda films like "Reefer Madness," Siegel predicted a dire future for the state of California after it voted to legalize recreational marijuana.

"That doesn't mean that pot is the cause," he admitted. "It means that people who die in car wrecks, twice as many as before have some marijuana in their system."

"It's worse than alcohol in some ways," the Fox News doctor added. "It stays in your system for days and days and days -- THC -- so it impairs judgement. That's what you need with driving. You know, it impairs how you are thinking, where you perceive the next car being."

"It's got to increase car accidents!" Siegel exclaimed.

Siegel opined that expectant mothers with morning sickness could not be counted on to abstain from the drug because it is known to suppress nausea.

"You know what that leads to?" he asked. "It leads to children who have behavioral problems, that can't focus, that have memory problems, that don't do as well in school, leads to low-birth-weight pre-term infants. This is very bad for pregnancy."

According to Siegel, just using marijuana once a week could be enough to destroy a person's relationships and work life.

Fox News host Ainsley Earhardt posited that marijuana users would need to smoke more and more "because you don't get high if you continue to do it."

Siegel agreed, adding that the solution to the opioid crisis was to "start with pot, start with marijuana."