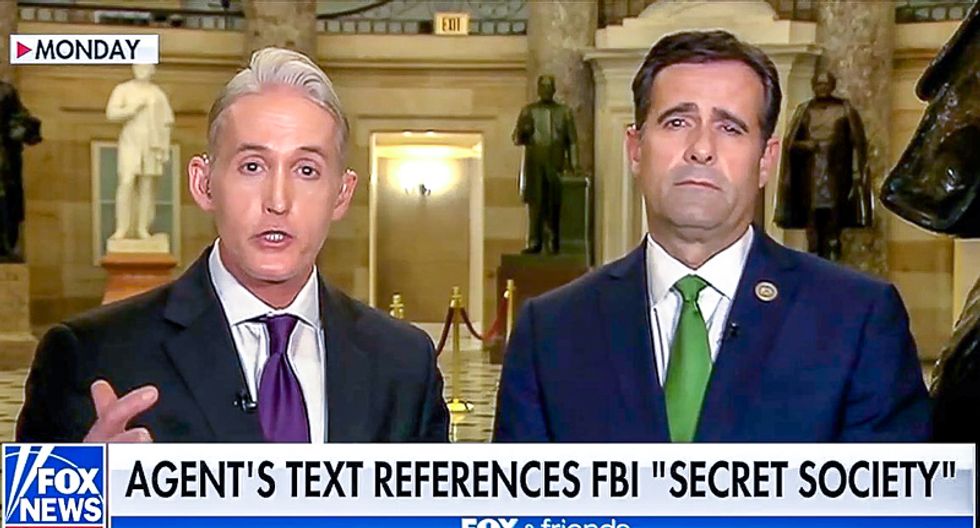 Fox News on Thursday ceased discussion about an alleged anti-Trump "secret society" in the FBI after the notion was revealed as a joke.

According to TV Eyes, Fox News made 90 mentions of the so-called "secret society" in January. The network and GOP guests alleged that text message showed that FBI agents were out to get President Donald Trump.

However, text messages obtained by ABC News on Wednesday suggested that FBI agents were joking when they used the term "secret society."

But that report was never mentioned by Fox News and there is no record of a clarification from the conservative network.