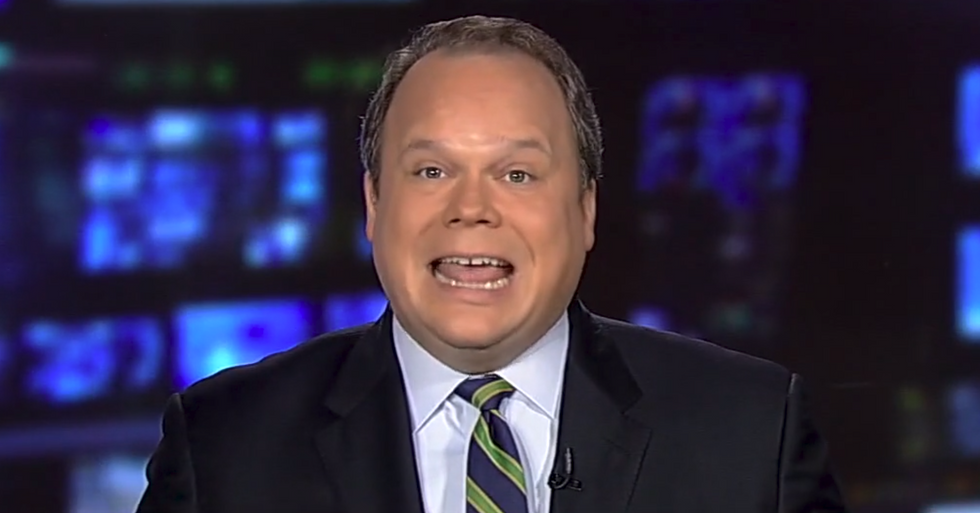 Even though Fox News has been pushing anti-FBI conspiracy theories on its shows all week, its own political editor smacked such theories down during an appearance on the network Thursday.

During a discussion about the Republican Party's efforts to claim that there was a "secret society" within the FBI dedicated to overthrowing President Donald Trump, Fox News political editor Chris Stirewalt mocked the GOP for desperately trying to distract from daily revelations coming from the Mueller probe.

"Republicans in Congress, especially on the Intelligence Committee are throwing up chaff," he said. "They're trying to throw up anything that they can right now to try to occlude the matter."

Stirewalt then said Republicans were alleging that there was some grand "X-Files"-type conspiracy to bring down Trump -- and he even made a reference to that shows iconic villain, the Cigarette Smoking Man.

"They turned Peter Strzok from an FBI agent to the Smoking Man who has been part of everything in human history, and it's his fault and he did it," he said mockingly "They're looking for ways to create cover and create distraction, and I understand why."