GOP senator opted for private briefing on the amendment allowing for removal of the president from office: report 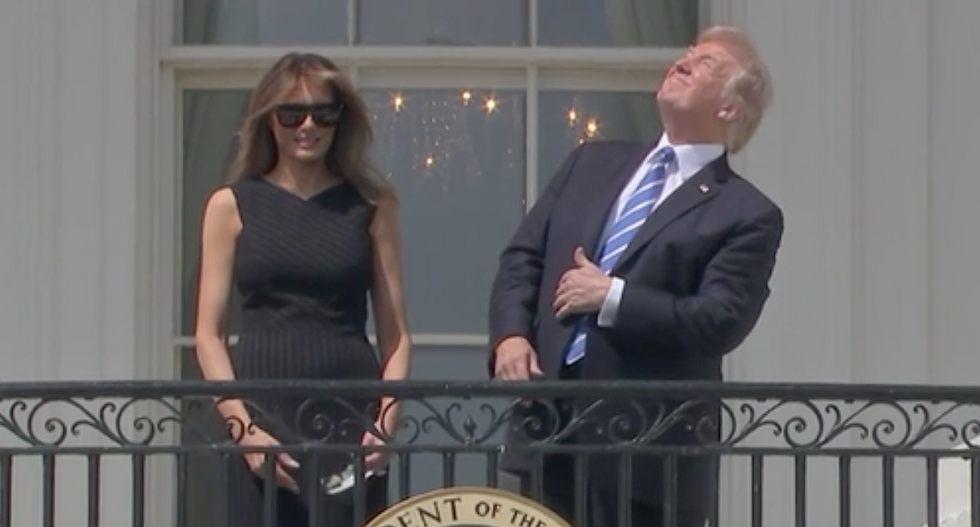 President Donald Trump stares at the sun with unprotected eyes during a 2017 solar eclipse.

The private briefings included a Republican senator who Dr. Lee declined to identify.

“One senator said that it was the meeting he most looked forward to in 11 years,” Lee recalled. “Their level of concern about the president’s dangerousness was surprisingly high.”

The 25th Amendment, along with impeachment, are the two legal mechanisms to remove Trump from office prior to the end of his term in January 2021.

We are American Mental Health Professionals who have been WARNING that Trump is mentally UNSTABLE & DANGEROUS. We a… https://t.co/I5QJdYRfsP
— Duty To Warn 🔉 (@Duty To Warn 🔉) 1514961035.0

Watch Duty to Warn: The Movie: