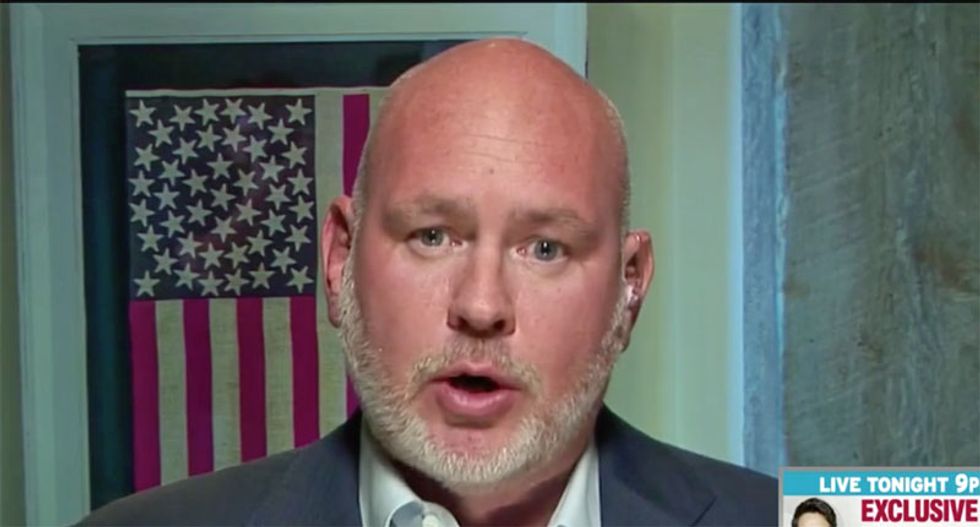 Republican strategist Steve Schmidt explained the "conspiracy" against the FBI by congressional Republicans and conservative media during a Tuesday appearance on MSNBC's "Hardball."

"As Robert Mueller's probe inches closer and closer to the Oval Office, President Trump and allies are stepping up attacks on the FBI, the agency whose probe into Russian meddling ultimately led to Mueller's appointment," host Chris Matthews said.

"He's talking to his base," Republican strategist Steve Schmidt suggested. "He's talking to the faction of the American people, about 32 percent are with him till the end."

"I do think, Chris, it's important to understand that the abnormality of what's happening here, this allegation that there's a deep state, that there's a conspiracy within, that there's a fifth column in the intelligence services, in the law enforcement community, deeply embedded in the American justice system, that is attacking the Constitution, the legitimacy of presidency of this president, all of this is the hallmark of autocratic behavior," Schmidt observed.

"In every autocratic system that's ever been, there's always been the allegation of conspiracy. Also, the scapegoating of an ethnic minority and we can think about that insidious and terrible TV ad that the president's team had up on the air this weekend," Schmidt continued.

The GOP strategist also appeared to go after the Fox News network.

"This is smear campaign directed at these two agents absent any evidence. This is latter day McCarthyism and it is entirely about what it seems to be about, which is trying to blow smoke around this investigation to obstruct the American people from finding out what went on here at all costs," Schmidt concluded.