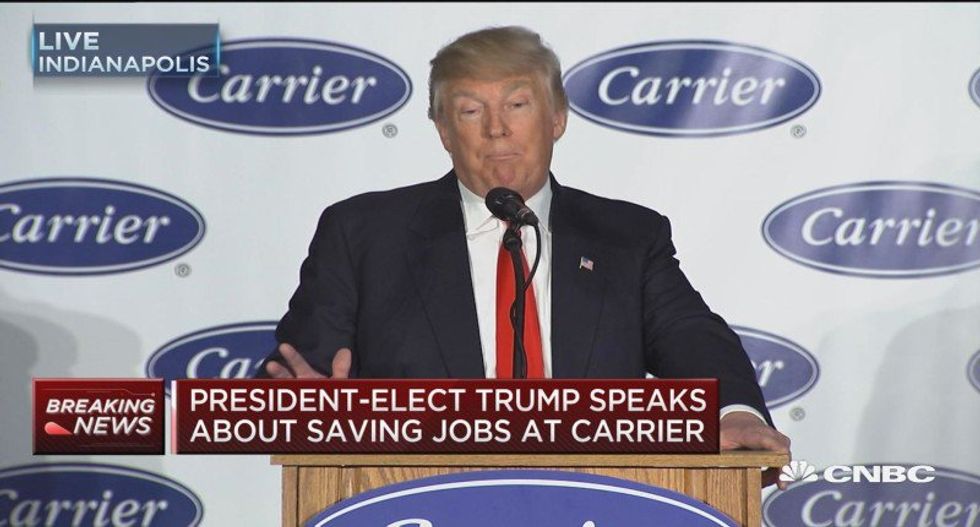 Last year, President Donald Trump hosted executives from Harley-Davidson and praised them as a great American company that would benefit from his aggressive stances on trade.

This week, however, Harley-Davidson announced the closure of a plant in Kansas City that will put 800 employees out of work.

And as Politico's Michael Grunwald writes, Harley-Davidson CEO Matthew Levatich has said that President Donald Trump's trade policies are partly to blame for this round of layoffs, as the company believes it would have benefited from the Trans-Pacific Partnership trade deal that Trump pulled out of at the start of his presidency.

"That would have helped us a lot," Levatich said of TPP.

Local news station Fox4KC reports that workers at the Kansas City plant were shocked and devastated by the news that they would be losing their jobs.

"Many (employees) are speechless," Kevin Amos, a worker at the plant who serves as president of the International Association of Machinists and Aerospace Workers for Lodge 176 in Kansas City, tells Fox4KC. "Others say they saw the writing on the wall. It's been a slow trickle of contracting things out a little at a time."

"Where is my next job?" asked plant employee Dominique Alstrok. "What am I going to do benefits wise? I have three kids and a single mom. So right now I’m going to go home, eat my breakfast and then we’ll go look for another job."