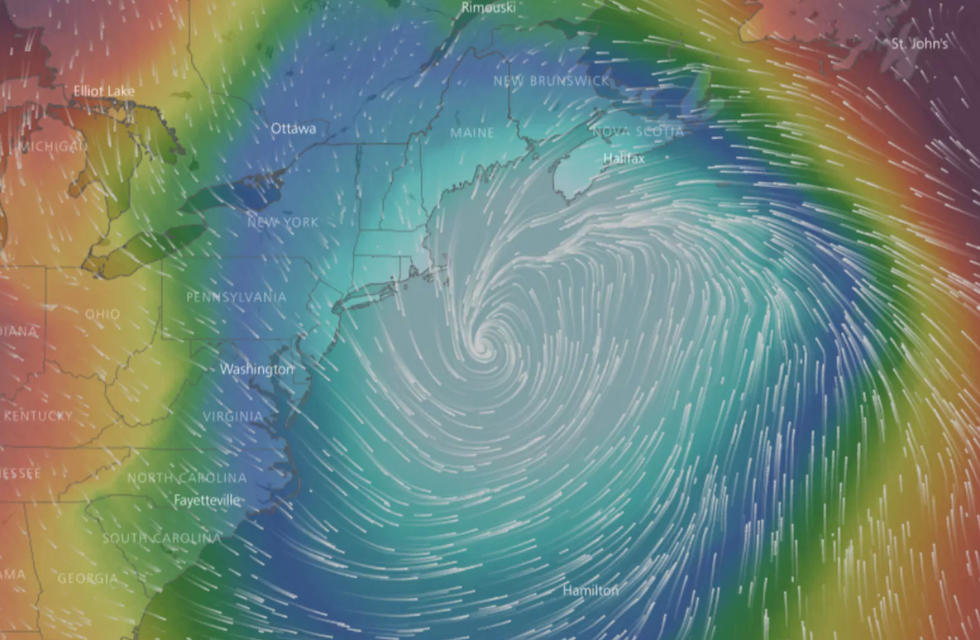 Pressure and wind visualization of storm off the coast of New England on Thursday. (WindyTV.com)

A bomb cyclone is hitting the lower United States, and it's dipping well into southern states not accustomed to this kind of arctic freeze.

Here are seven terrifying things about this storm, including maps and projections that should warn you to bundle up over the next several days:

The term “bomb cyclone” is new to meteorological terminology, though phrases like "polar vortex" have been used in previous years. If the storm continues to develop as scientists expect it will, it's worth the impending doom weather experts are warning of. After a series of snow storms, temperatures are expected to plummet Thursday in record-setting freezes. The atmospheric pressure is also expected to drop Thursday in a way that has scientists glued to satellite data.

2. It's colder in the lower U.S. than in Alaska

“This is not record-breaking for Canada or Alaska or northern Siberia, it’s just misplaced,” said Judah Cohen, a winter storm expert for Atmospheric Environmental Research. He's forecasting a colder than normal winter for much of the U.S.

3. The pressure is expected to fall incredibly fast.

In the popular natural disaster film "The Day After Tomorrow," the eye of a freezing hurricane-like storm causes the temperatures to fall so quickly an American flag froze blowing in the wind. The atmospheric pressure isn’t expected to drop quite that quickly, but the Washington Post’s “Capital Weather Gang” believes the storm will undergo “explosive strengthening.” 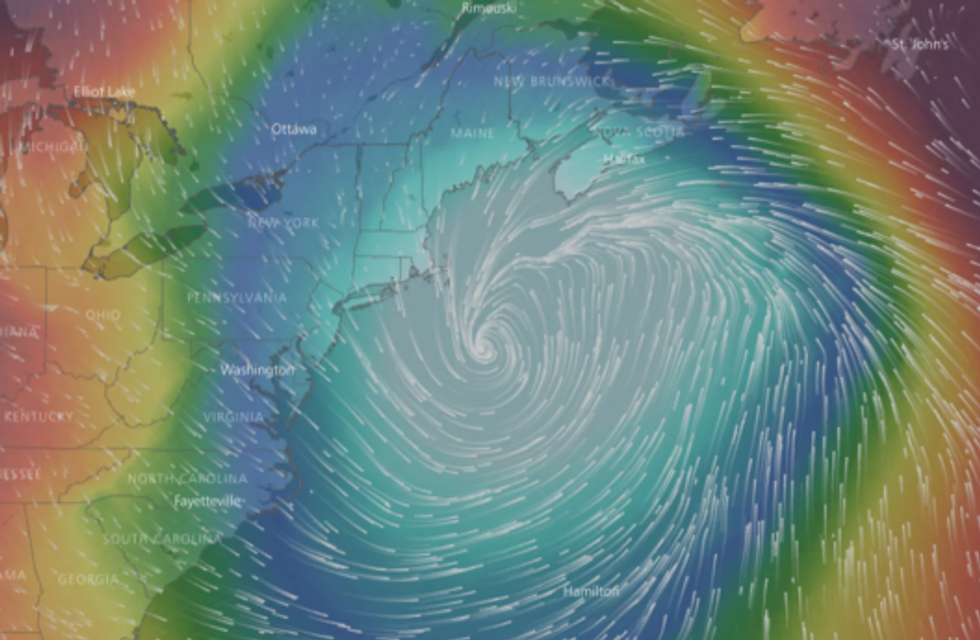 Pressure and wind visualization of storm off the coast of New England on Thursday. (WindyTV.com)[/caption]

The National Weather Service has already posted a winter storm up the coast of Florida. It'll continue it's path up the east coast like a kind of frozen hurricane

Also like something out of "The Day After Tomorrow," this polar vortex looks remarkably similar to the fictional one that ushered in a new Ice Age.

Fake weather map from the film "The Day After Tomorrow" (Photo: Screen capture)[/caption]

5. This is the first winter storm warning issued by the National Weather Service office in Tallahassee in four years.

According to the Weather Channel, the NWS in Tallahasse had to issue a winter storm warning for the first time in four years. The last time was Winter Storm Leon, which produced ice and snow all over the southeastern United States. It caused a travel nightmare in Atlanta and across Florida and Alabama.

6. An ice storm is expected into northern Florida. 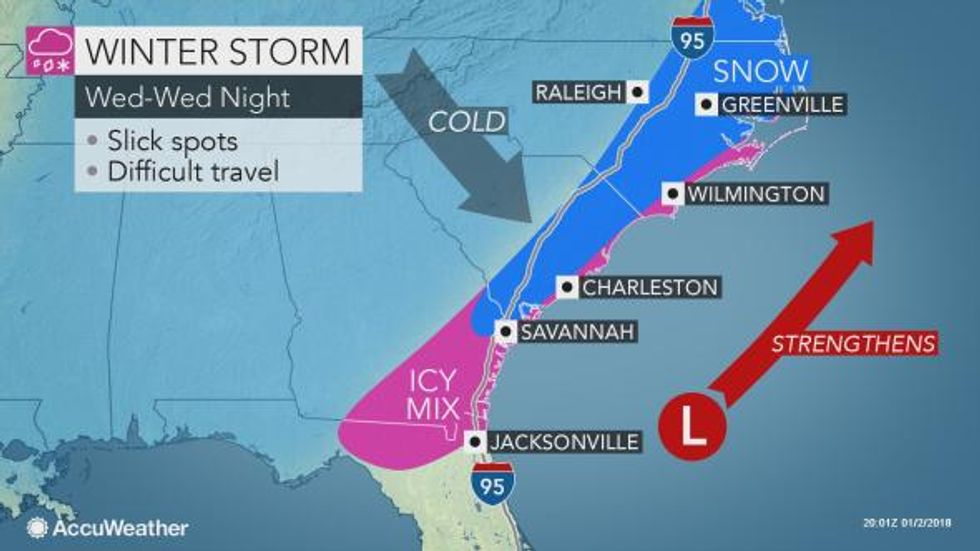 CNN meteorologist Chad Myers warned that every time "you see pink in Florida" you know things are going to be bad. 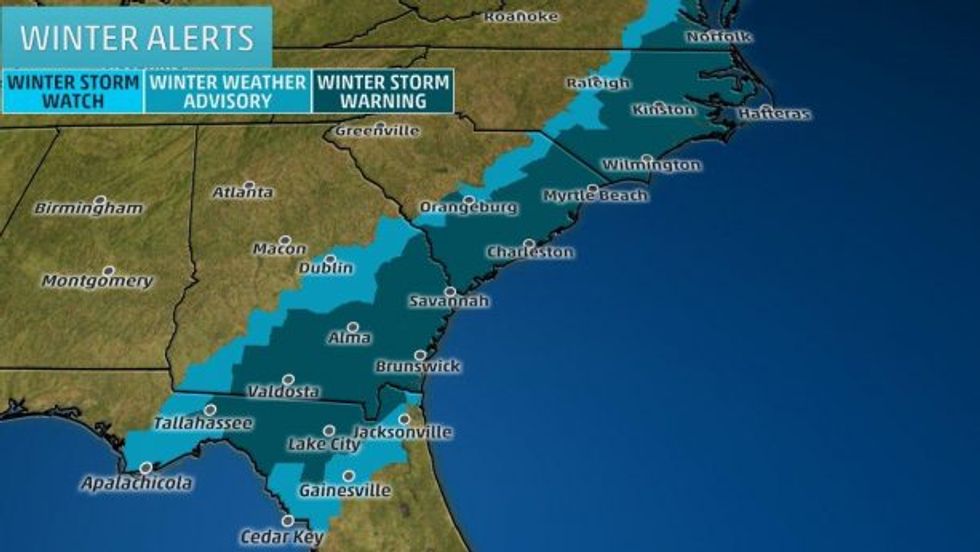 In an area of the country that doesn't see severe winter weather, things like snow plows or snow blowers aren't a staple for municipalities. So, when they get dumped on with snow, it will cause massive infrastructure problems. Roads won't be plowed with the speed seen in places like Ohio or Michigan.