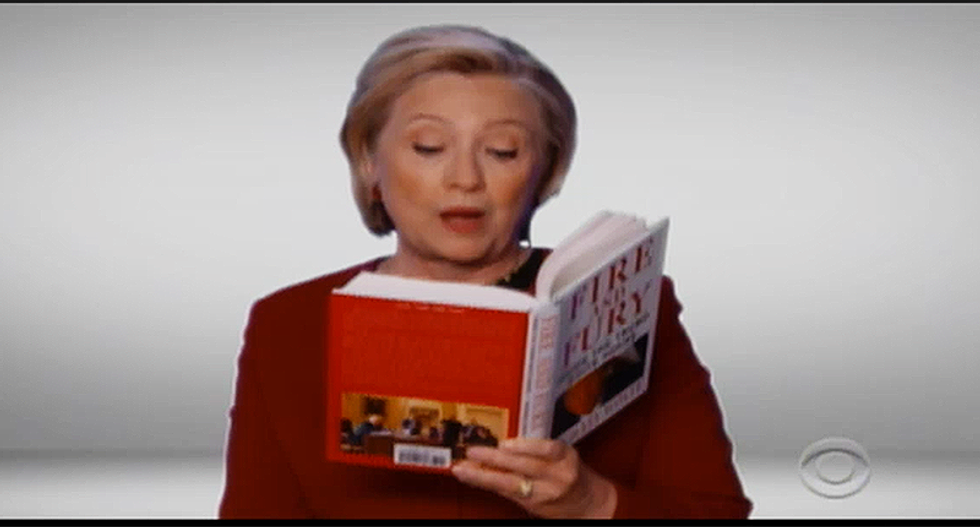 Grammys host James Corden announced that many who have won Grammys haven't been musicians at all but those who have published narrations of their books. Stars like Barack Obama, Al Gore and others joined the list of Grammy winners. But Donald Trump?

When it came to the new book Fire and Fury by Michael Wolff, Corden wondered who would win the Grammy for reading it for the book on tape.

Artists from Cher to rappers and soul gods like John Legend took their turn but it was Hillary Clinton that got the job.