Hope Hicks fled the room after Trump called her ‘the best piece of tail’ Lewandowski will ever have: report 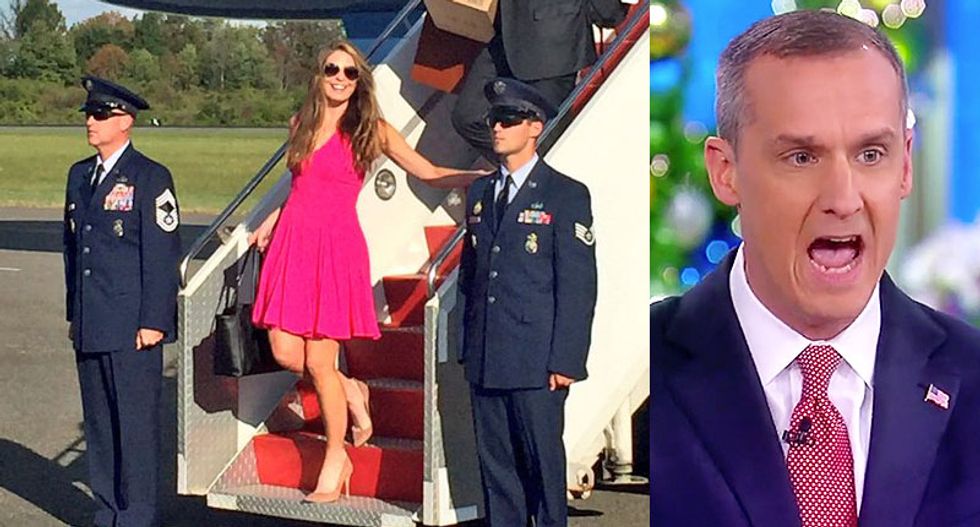 "We know that Steve Bannon believes that he is the person who helped Donald Trump survive the infamous Billy Bush tape," Jansing noted.

"So obviously, he was elected president, he got by that," Jansing noted. "We're in a very different sort of set of beliefs right now, America has changed its tune on the treatment of women."

"And there is a quote in here about, Hope Hicks and Corey Lewandowski, who, according to the book, had an on and off again romantic relationship, and he was, of course, fired in 2016 for clashing with Trump family members," Jansing reminded.

"And this is what the book says "Hicks sat in Trump Tower with Trump and his sons, worried about Lewandowski's treatment in the press and wondering aloud how she might help him. Trump, who otherwise seemed to treat Hicks in a protective and even paternal way, looked up and said, 'Why? You've already done enough for him. You're the best piece of tail he'll ever have'--sending Hicks running from the room," Jansing read.

"Well, Trump Tower is known, and in the White House, as being a pretty crass place, the president frequently curses and using off-color sayings, you obviously heard the "Access Hollywood" tape and his comments there," Dawsey noted.