'How can you do this on MLK Day?' Trump's ICE deports non-criminal immigrant dad who came to US at age 10 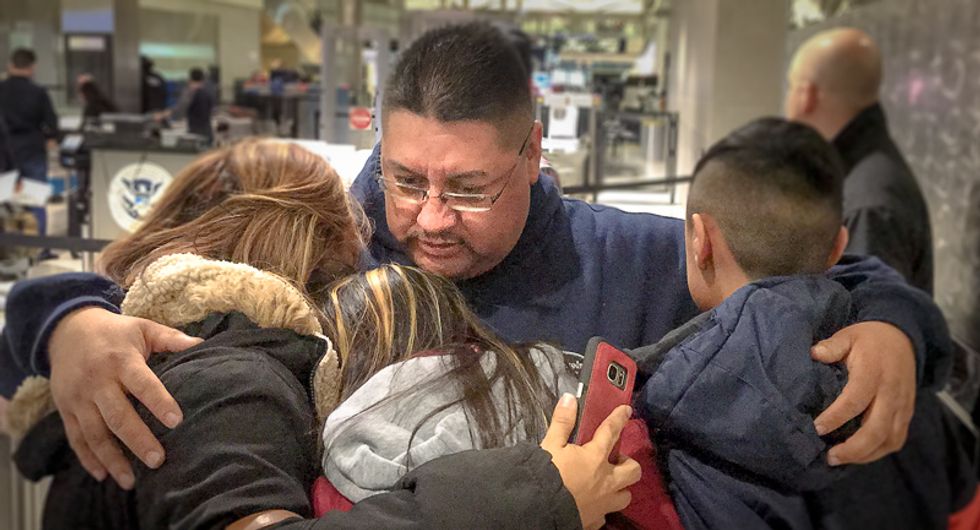 U.S. Immigration and Customs Enforcement (ICE) on Monday deported an undocumented immigrant who was brought to the U.S. at the age of 10 and leaves behind a wife and two children.

The Detroit Free Press reported that Jorge Garcia, who has lived in the U.S. 30 years, has been allowed to stay in the U.S. up until now because he does not have a criminal record and did not come into the country voluntarily when he was 10 years old.

To make matters worse, Garcia's deportation -- and saying goodbye to his family -- was slated for Martin Luther King Jr. Day.

"How do you do this on Martin Luther King Jr. Day?" immigration activist Erik Shelley told The Detroit Free Press. "It's another example of the tone-deafness of this administration. ... If Jorge isn't safe, no one is safe."

Garcia said that he asked ICE agents to allow him to stay until Congress can pass a so-called DACA law that would grant legal status to undocumented immigrants who were brought to the U.S. as children. However, his request was denied.

"I feel kind of sad," Garcia explained as he choked up. "I got to leave my family behind, knowing that they're probably going to have a hard time adjusting. Me not being there for them for who knows how long. It's just hard."

"Stop Separating Families," read signs from supporters of Jorge as he prepares to board flight for Mexico in a depo… https://t.co/lcKQRTYo3y
— Niraj Warikoo (@Niraj Warikoo)1516019391.0