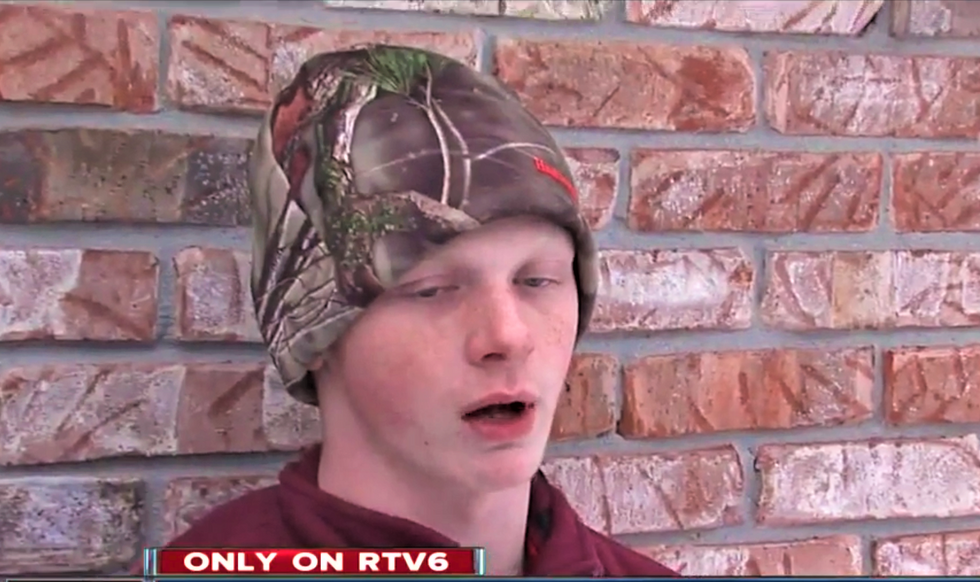 A teenager from Nobelsville, Indiana is apologizing profusely after a video of him wearing a Nazi flag and chanting racial slurs went viral on the internet.

Local news station WKBW reports that 17-year-old Mat Blood, a student at Noblesville High School, is taking responsibility for a viral video that showed him yelling "f*ck n*ggers" into a bullhorn with a Nazi flag draped across his back.

"I'm sincerely ashamed," Blood tells WKBW. "I wish I wouldn't have done it."

The Indiana teen says that he is not a neo-Nazi, and that he only agreed to take part in the video because someone dared him to do it.

"I really never back out from a dare," he explains.

But once the video of Blood went viral, he quickly realized he'd made a grave mistake that could deeply harm his own future career plans.

"I planned to join the army, but that's probably not gonna happen now," he says. "I'm sorry for all the people I've offended."

Noblesville High School called Blood's actions "ugly" and said it did not condone hateful rhetoric, but also did not say whether Blood would face disciplinary action.