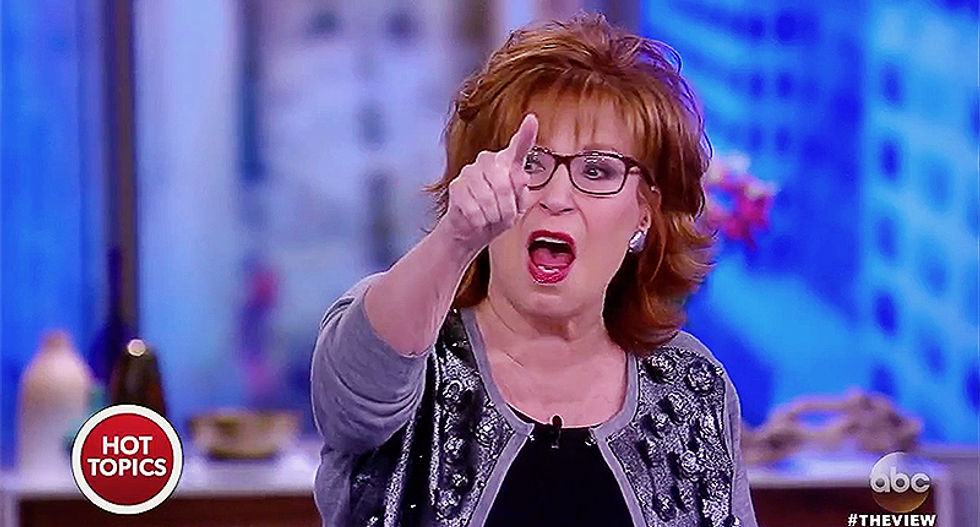 During Tuesday's episode of "The View," Joy Behar recalled the lack of respect bestowed upon former President Barack Obama during his State of the Union addresses.

Republican commentator Ana Navarro wondered if President Donald Trump's State of the Union "even matters" because he will ultimately blow any successes up with his first tweet.

"To the Republican party, who is backing him up, and collaborating in his law breaking and his disgusting speeches, it matters," Behar said. "I mean, it doesn't matter."

Navarro reiterated she didn't think it mattered because the 35 percent of Trump's base will worship whatever comes out of his mouth.

"If you're the rest of America, no matter what he says or does, we no longer believe him," she continued.

Co-host Sunny Hostin said that what she's looking for is whether or not Trump stays on the teleprompter.

"We know that Stephen Miller is writing his speech," she continued. "We know he's the most biased, anti-immigrant person who writes these, just disgusting, I think, speeches for Trump. He wrote them during the campaign. I'm also looking to see who they bring as guests. The guests brought by the president and others sort of show -- highlights their policies. My understanding is he's bringing family members killed by MS-13 gangs. I understand that is tragic, but I would like him to bring some DREAMers out. If he's serious about immigration policy, I want to see families like that."

Behar said she wants to hear someone yellout "You lie!" to Trump the way that Rep. Joe Wilson (R-SC) did to Obama in his 2009 speech.

"Obama hardly ever lied and they said you lied!" Behar said.

Whoopi Goldberg said that she wanted to see civility return to politics so she didn't agree with Behar that it would be productive.