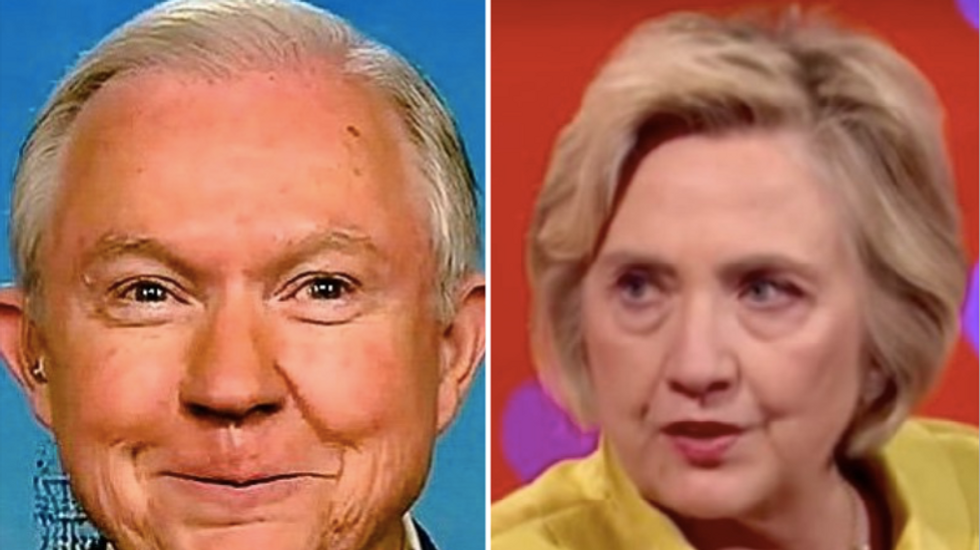 Jeff Sessions' Department of Justice is reopening the investigation into Hillary Clinton's use of a private email server during her time as Secretary of State, said Betsy Woodruff at the The Daily Beast on Thursday.

Woodruff said that a Sessions ally informed her that the department is beginning "an effort to gather new details on how Clinton and her aides handled classified material."

Clinton was cleared of criminal wrongdoing in a much-publicized investigation by the FBI under former Director James Comey. In July of 2016, Comey said that no charges would be brought against Clinton.

"Officials’ questions include how much classified information was sent over Clinton’s server; who put that information into an unclassified environment, and how; and which investigators knew about these matters and when. The Sessions ally also said officials have questions about immunity agreements that Clinton aides may have made," wrote Woodruff.

Woodruff's source said that part of the Justice Department's decision is based on President Donald Trump's ongoing obsession with the issue, which he continues to tweet about as he enters the second year of his presidency.

Brian Fallon -- former Clinton campaign spokesman -- told Woodruff that the investigation is politically motivated and an effort to distract Americans from special counsel Robert Mueller's investigation into Russian meddling in the 2016 election.

The new probe of Clinton, Fallon said, is “to give Trump and his allies something to talk about and point to, and something to give Fox News to devote segments to.”