Kellyanne Conway uses Super Bowl to trash Hillary: 'The Patriots are like that woman whose name I don't mention' 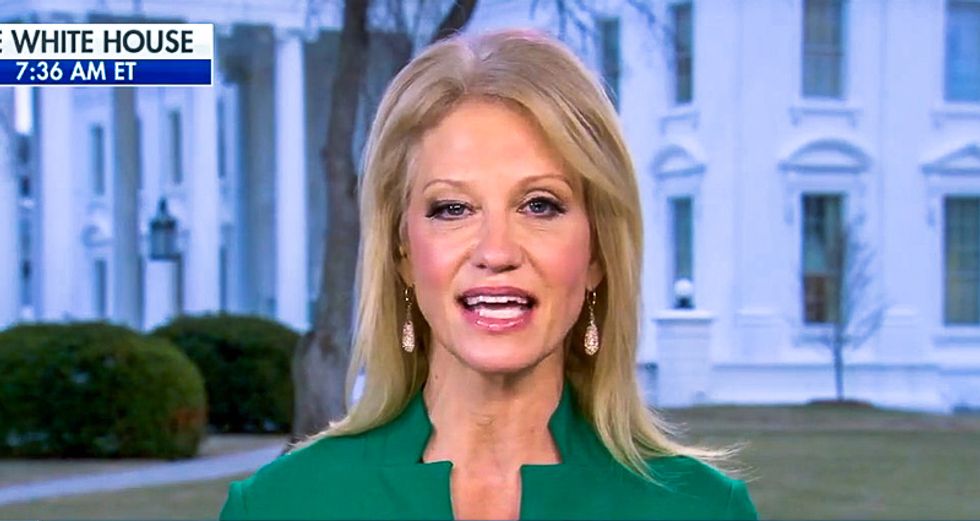 Counselor to the president Kellyanne Conway on Monday used a discussion about the upcoming Super Bowl to take a shot at former Secretary of State Hillary Clinton.

During an appearance on Fox & Friends, Conway praised Eagles NFL players for not taking a knee during the national anthem, which many players have done throughout the season to protest systemic racism.

Conway, who is an Eagles fan, noted that President Donald Trump has a friendship with Patriots owner Bob Kraft.

Conway added: "And I'll just say that the underdog here is the Eagles and you know me, I love an underdog. The Patriots are like that woman [Hillary Clinton] whose name I don't mention on TV anymore. People always count out the Eagles."

In a recent appearance on CNN, Conway insisted that "nobody" at the White House talks about Clinton.