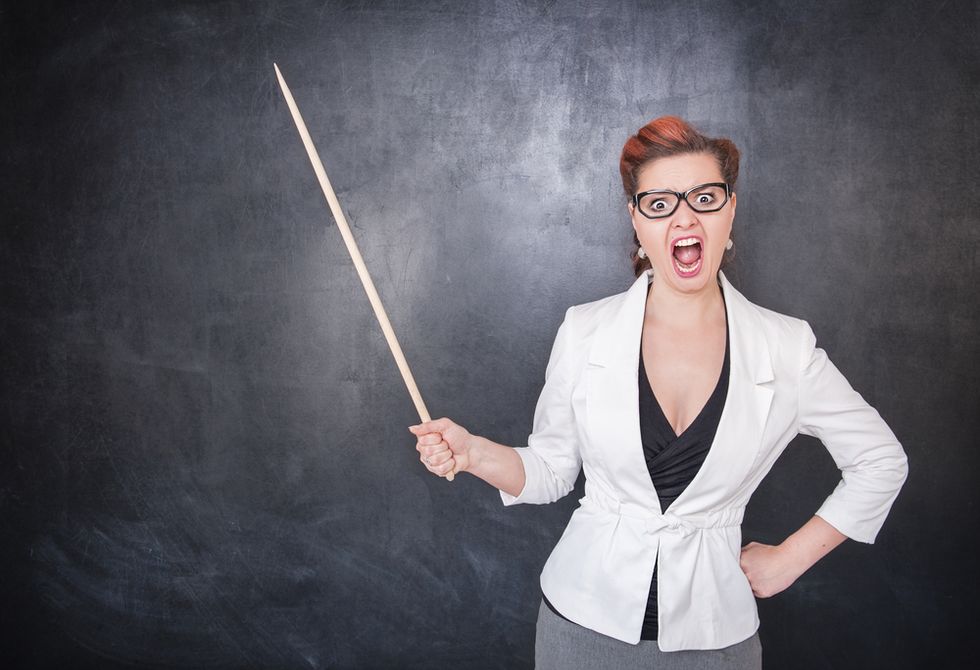 A substitute teacher at the Crockett Middle School in Pecos, Texas has lost her job after an unhinged tirade whose audio was captured by one of her students.

Local news station CBS 7 reports that an 8th grade student at the school used their phone to capture their substitute teacher telling the class to "sit the f*ck down and shut the hell up... for the rest of the f*cking class."

The teacher, whom the school has not named publicly, had only been employed at Crockett Middle School for a month -- and she was fired within three hours of the audio of her tirade getting posted on the internet.

"It’s a matter of us having standards that we will enforce as far as treatment of our students and that’s not tolerated by any of our employees whether they are temporary or whether they’re full-time," said Jim Haley, the schools superintendent.

Watch CBS 7's report on the teacher's tirade below.