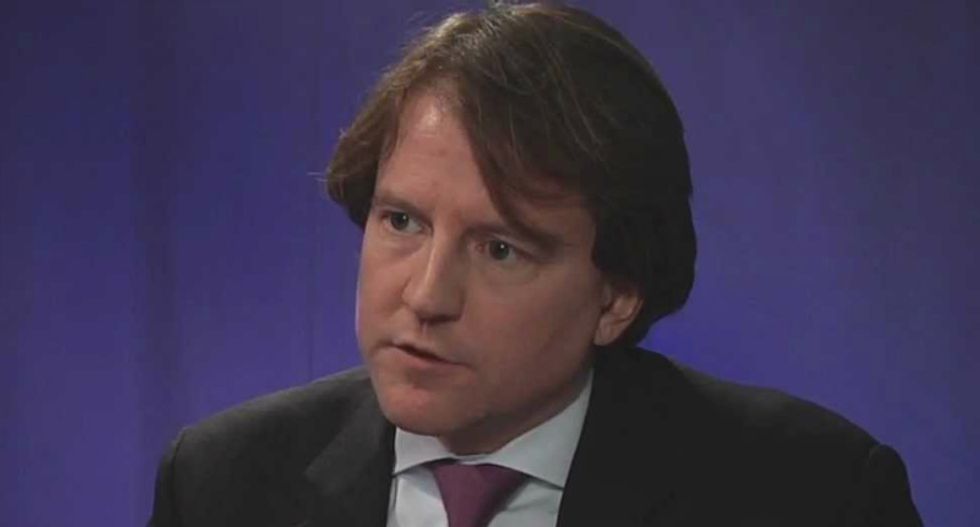 Amid the massive bombshell report claiming President Donald Trump attempted to fire special counsel Robert Mueller, Twitter has identified an underlying thread — that White House counsel Don McGahn II, who threatened to quit if the president fired the special counsel, is no longer on team Trump.

As four sources who spoke with the New York Times noted, Trump ordered McGahn to fire Mueller last June, claiming it would have a "catastrophic effect" on the presidency. He also insisted to White House officials Trump wouldn't follow through on the firing himself.

As The Atlantic's Natasha Bertrand noted, this information makes it clear that "McGahn has jumped ship."

This type of story doesn’t happen by accident, where 4 sources all know about a request the president made to his W… https://t.co/VBJsMk2bKJ
— Christina Wilkie (@Christina Wilkie) 1516931316.0

Read the best responses below.

We were more accurate than we knew with the hed and art on this May profile of Don McGahn: https://t.co/Af2CgknbDM
— Clara Jeffery (@Clara Jeffery) 1516930222.0

This is an interesting point—if McGahn is behind this, why would McGahn want to be seen in a positive light by Muel… https://t.co/xI9w5klm8m
— Renato Mariotti (@Renato Mariotti) 1516931715.0

McGahn facing down Trump when he wanted to fire Mueller is precisely why we want good people to stay & serve this A… https://t.co/iz9z5E6C2T
— Dan McLaughlin (@Dan McLaughlin) 1516930311.0

Don McGahn has denied us the Very Special Episode of “The Apprentice: White House” that we deserve and for that he cannot be forgiven
— Allahpundit (@Allahpundit) 1516932790.0