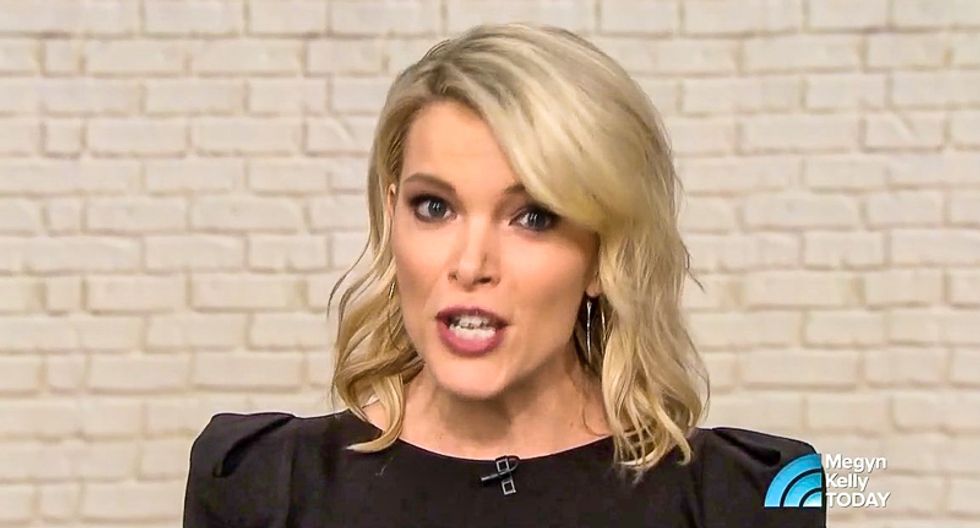 Megyn Kelly on Monday lashed out at Jane Fonda, who has repeatedly blasted the NBC host for asking about her cosmetic surgery.

During an appearance on Kelly's Today Show program last year, Fonda was shocked when the NBC host asked about "work" she had done to her face.

“It wasn’t like I was upset. I was stunned. It was so inappropriate,” Fonda later told Vulture. “It showed that she’s not that good an interviewer.”

Kelly's rant on Monday suggested that Fonda's remarks had hit a nerve.

"When she first complained after the program, I chose to say nothing," Kelly said. "My general philosophy is what other people think of me is none of my business."

"However, Fonda was at it again last week," the NBC host continued. "So, it's time to address the 'poor me' routine."

According to Kelly, the question about cosmetic surgery was fair because Fonda had come on her program to promote a program about "older women."

"Look, I gave her the chance to empower other women," Kelly continued. "And she rejected it. That's okay. But I have no regrets about that question."

Kelly then veered away from the question of cosmetic surgery, insisting that she was not "in the market for lessons from Jane Fonda on what is and is not appropriate."

"After all, this is a woman whose name is synonymous with outrage," Kelly said. "Look at her treatment of our military during the Vietnam war. Many of our veterans still call her Hanoi Jane thanks to her radio broadcast which attempted to shame American troops."

"She posed on an antiaircraft gun used to shoot down our American pilots," she ranted. "She called our POWs hypocrites and liars and referred to their torture as understandable. Even she had to apologize years later for that gun picture, but not for the rest of it."

Kelly went on, observing that Fonda "says she's still not proud of America."

"So, the moral indignation is a little much," Kelly complained. "She put her plastic surgery out there. She said she wanted to discuss the plight of older women in America and honestly she has no business lecturing anyone on what qualifies as offensive."

It was not immediately clear from Kelly's remarks how Fonda's anti-war protests in the 1970s were related to discussions about her cosmetic surgery.

For Fonda's part, she has said that she would appear on Kelly's show again if the NBC host “comes around and learns her stuff.”