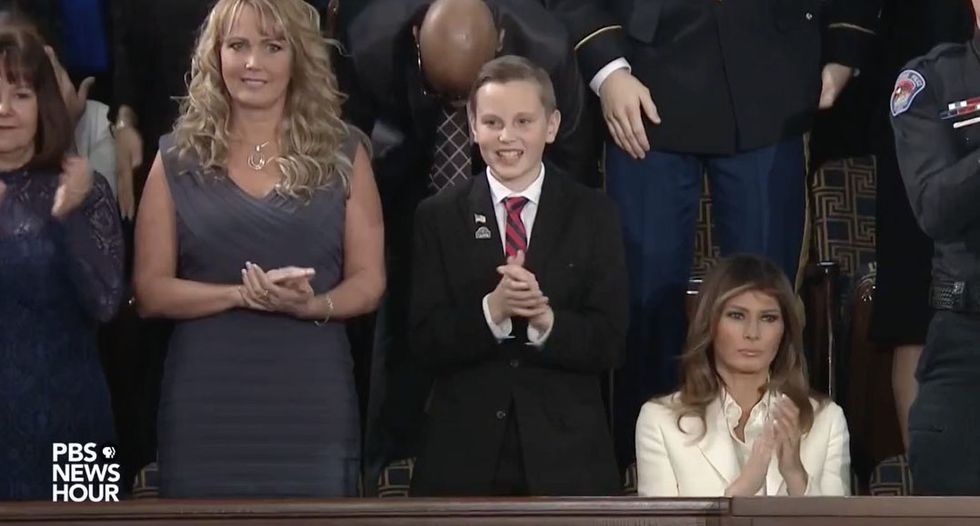 During Donald Trump’s State of the Union address Tuesday night, the president made a bold claim about the pillars of American democracy. Notably, First Lady Melania Trump did not seem particularly moved by his sentiment.

"In America we know that faith and family, not government and bureaucracy are the the center of American life,” Trump said during his address. "The motto is: In god we trust."

Anyone catch this? Melania Trump failed to stand with everyone else when Trump stated:

"In America we know that faith and Family, not government and bureaucracy are the the center of Democracy"#SOTU #StateofOurUnion pic.twitter.com/lrsuVdWD48