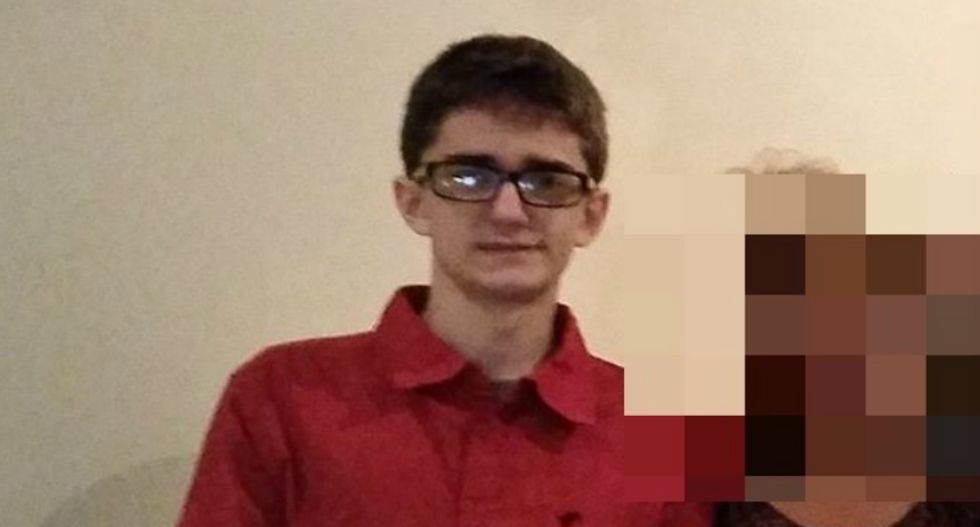 Before Brandon Griesemer threatened the lives of CNN employees earlier this month came after he made similar calls to mosques and told his classmates he identified with Adolf Hitler. Nevertheless, he was released on bail the same day he was arrested.

The Washington Post reported Tuesday that the 19-year-old from Novi, Michigan was not only inspired by President Donald Trump's "fake news" crusade against the cable news network, but that he'd also intimated to classmates that he thought history's portrayal of the Holocaust was "exaggerated" and had been known to make "disparaging remarks regarding Jewish individuals."

As The Intercept's Shaun King noted, none of that information kept Griesemer from being arrested, booked and released on a $10,000 unsecured bail with enough time to get home before dinner that same night.

Griesemer reportedly made 22 calls to a publicly-listed number for the Atlanta-based media company within a two-day time frame earlier this month, four of which the FBI said included threats and some of which included racial epithets.

Though Griesemer is the first person to use "fake news" in a vigilante violence context, he joined the ranks of dictators who use the charge to justify imprisoning journalists. Many have noted in the wake of the 19-year-old's threats that the president's violent tweets about the network may have Griesemer.