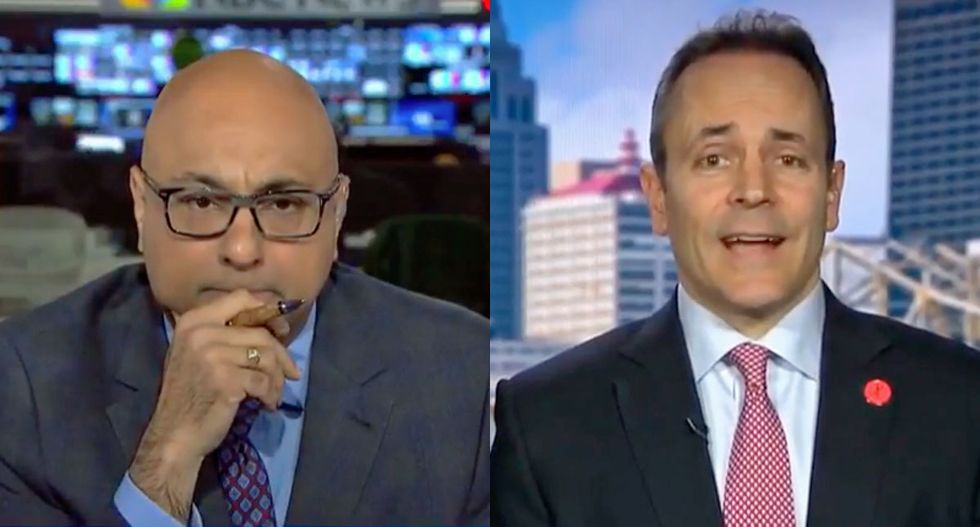 Approximately a half a million Kentuckians have received health insurance coverage due to the expansion of Medicaid under the Affordable Care Act.

"Bevin has consistently attacked the expansion as a waste of money, questioning why 'able-bodied' adults should be given free government health care that used to be largely limited to children, the elderly and the disabled," The New York Times explained.

"It doesn't seem like this will move the needle all that much," Velshi noted to Gov. Bevin.

"But here is the wonderful thing, what if it moves it for one individual or their children? And think about the trajectory of that family into the future for them to have better opportunity," said Bevin of his new impediments to health insurance coverage. "It is a great opportunity and will apply to a few but will transform their lives in powerful ways."

"The intent is not to save money," Bevin claimed. "The intent is to get people engaged in their own health outcome, because what we've seen for fifty some odd years of these programs, Medicaid, we are not helping people's health become better. We're not. Especially for those who are able-bodied."

"That is strange to say, it doesn't help people's health get better," Velshi replied.

"In Kentucky, we have more people than ever on Medicaid and we are -- we are increasing in leading the nation in things like lung cancer and things like premature deaths and things like diabetes and hypertension and cardiovascular disease and pick the category," Bevin claimed.

"Since we have expanded Medicaid we've only gotten worse, so the argument would be that well if you provide coverage, somehow people will be healthier. That is not the case," Bevin claimed.