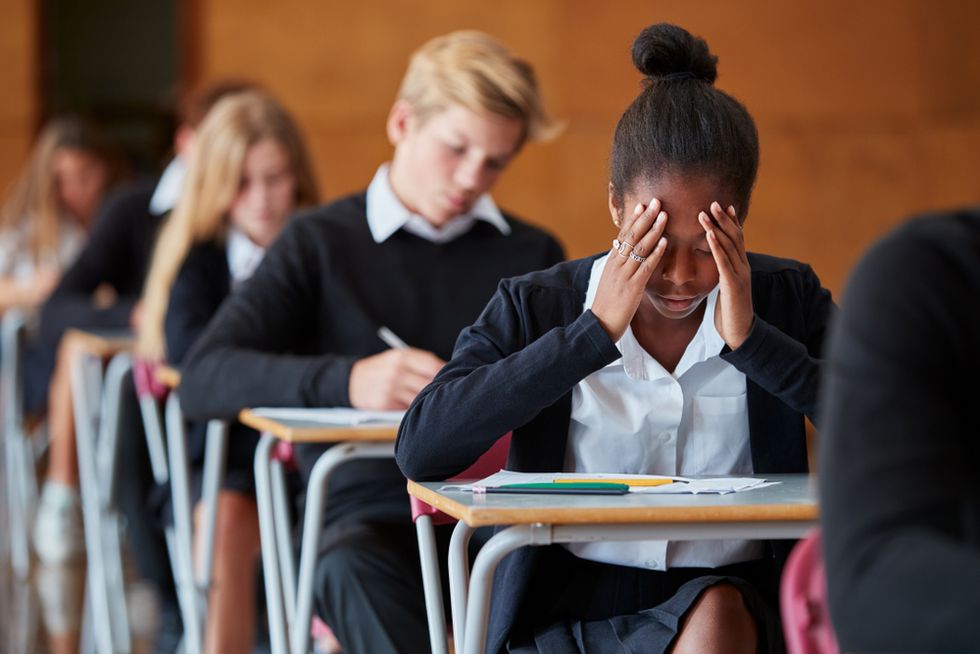 A group of four black nursing school students at the LaDelta Community College in Louisiana is accusing one of their teachers of blatantly discriminating against them because of their race.

According to the four students who spoke with local news station KNOE, instructor Leslie McMurray late last year took a white student's notes and highlighted portions of it that she said would be key parts of the class's upcoming final exam. However, the students allege that she gave white students in the class instructions to not share copies of these highlighted notes with "the blacks or no one associated with the blacks."

The black students learned of McMurray's alleged instructions after a white student who had received the notes told them about it -- and this student subsequently confirmed the account to KNOE.

In an audio clip recorded in McMurray's classroom and provided to KNOE, the teacher can be heard defending her actions on the notes by claiming that she only highlighted parts that students should focus on when studying for finals, and she denied that race was a factor in how the notes were disseminated.

She then asked students in the class to raise their hands if they did not receive the highlighted notes so that they could belatedly receive them -- and then another student can be heard saying that the only students who are getting the notes after everyone else did are black.

LaDelta Community College said that it thoroughly investigated the incident but found "no evidence of racial bias" in its conclusion.