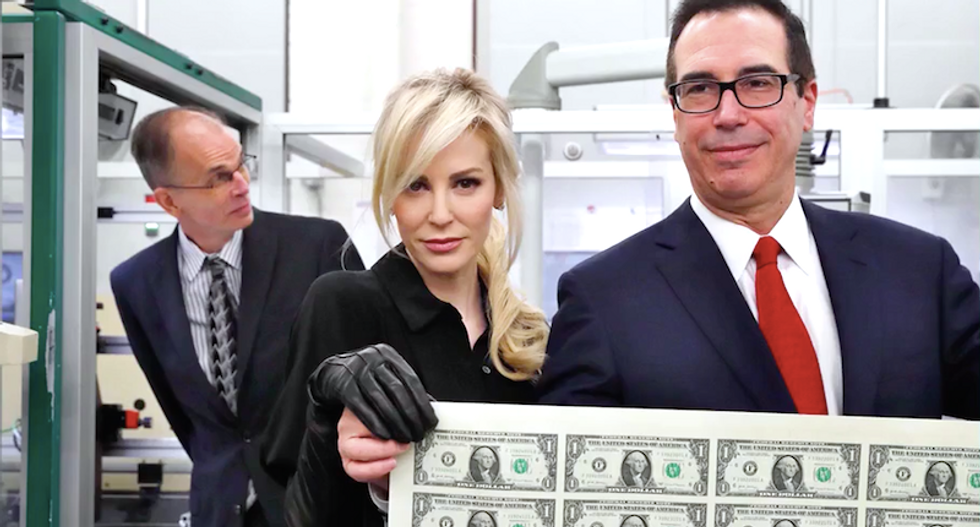 An analysis by CNN found that only 16 companies in the S&P 500 responded to the tax overall by raising wages, handing out bonuses, or improving benefits. That number rose by one late Tuesday afternoon after Southwest Airlines announced a $1,000 cash bonus.

"It's good marketing, but you don't have a trend yet. It's premature at this point," said William Klepper, a management professor at Columbia Business School.

CNN noted Wells Fargo is spending only 5 percent of the company's total tax savings on a wage hike and additional charitable giving.

"It's a token compared with what companies are actually saving," explained Jeffrey Sonnenfeld, senior associate dean at the Yale School of Management. "Where is the rest of the money going?"

Helaine Olen, a Washington Post contributor, explained why such pronouncements by a tiny fraction of companies should not be viewed as signs of a permanently changed economy.

"But bonuses are, by definition, an irregular, voluntary, often one-time event. They are not a firm commitment to better pay. A company can give them once and never give them again," Olen explained.

"So why did companies make announcements timed to the tax bill?" Olen asked. "This is very likely a strategy to curry favor with a thin-skinned president known to like flattery. If so, it’s working."