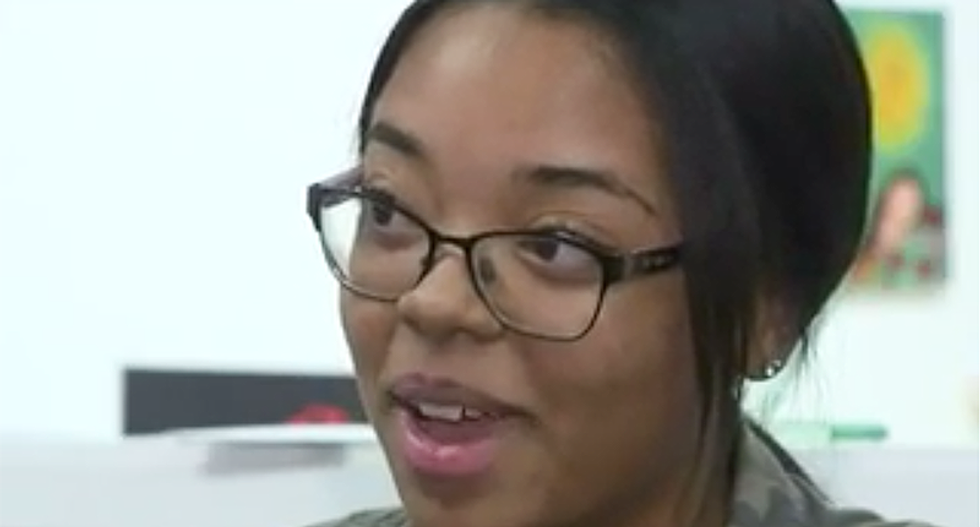 Students at Pleasant Grove High School is in Elk Grove, a suburb of Sacramento, found it uncomfortable that there were multiple incidents of a racist nature happening at their school. So, they took action.

According to Fox 30, senior Rachael Francois said that she was walking home from class one day when a "truck load of white guys rolled past, and screamed out the N-word, hard 'R.' And I was pretty shocked like, 'what do I do?'"

“My self-worth was a little bit ruined from that,” she told the Sacramento Bee. “It kind of made me think, like, is this really who I am and what people think of me? It really makes you feel different from everyone else, especially going to a predominately white school.”

She reacted by writing a letter with two fellow African-American students, which she put in the boxes of all of the teachers. Instead of starting a conversation with faculty about protecting students at school, she got yelled at by the vice principal.

“I do feel like ... we don’t belong and we are not part of the school,” Francois said.

Ultimately, faculty agreed to help. The letter was edited and "improved," according to Superintendent Christopher Hoffman. He admits there are problems at the school.

Recently, a videos went viral over the holiday break of students ranting about killing black people they wish "would go down." That's what prompted students to mobilize on social media while they were out of classes. Those students were expelled.

According to Francois, these two incidents were a few of many.

"There was all these things happening such as nooses hung around the trees. A white kid ran into the class rooms and said kill all the N-words,” said the honor student with a 4.2 GPA.

After classes, a white student was also seen urinating on a black student's car in the campus parking lot.

Hoffman pledges that the district will take "disciplinary action when necessary, but the real goal is for these type of actions not to happen anymore."

“No, not all the time, especially hearing that these incidents are occurring more and more, and seeing these kids still walking around, I don’t feel completely safe,” she said. It wasn't until the video went viral that the faculty did anything to change the schools culture, she noted.

While many have been supportive of her efforts, Francois said one teacher publicly shamed her in front of the class calling her actions selfish. Hoffman agreed to look into that as well.

Watch the Fox 30 report below: