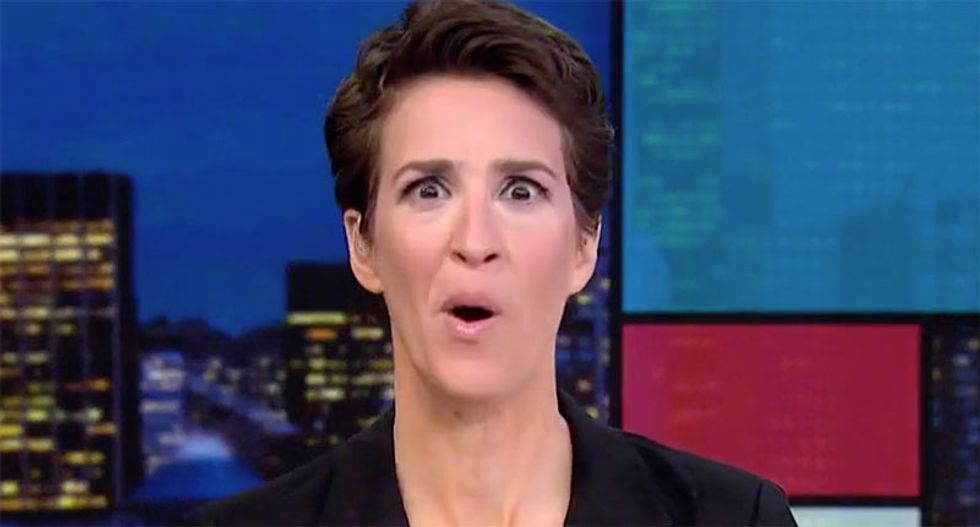 MSNBC anchor Rachel Maddow on Tuesday laid out how White House attacks on the FBI are likely prompted by fear of information U.S. intelligence officials have intercepted from Donald Trump's inner circle.

Maddow explained how Attorney General Jeff Sessions denied meeting with Russian Ambassador Seigei Kislyak, only to have been proven wrong.

"Looking back on this, it's kind of remarkable Jeff Sessions stayed on as attorney general after this was revealed, that he didn't quit or that he wasn't fired. In his confirmation hearings in January, he had insisted in person, under oath and in his written responses, that he had no contacts with Russians or anybody connect connected with the Russian government," Maddow noted.

Maddow also noted how intelligence intercepts are reported to have also caught Jared Kushner and Michael Flynn in lies.

"Well, Republicans in Congress are dramatically stepping up their efforts to attack and undermine the FBI and now very specifically going at the FBI to try to make a scandal out of their collection of intelligence intercepts," Maddow explained.