Reporters grill Sarah Sanders on Mueller subpoenas: 'Is the White House afraid of what Bannon might say?' 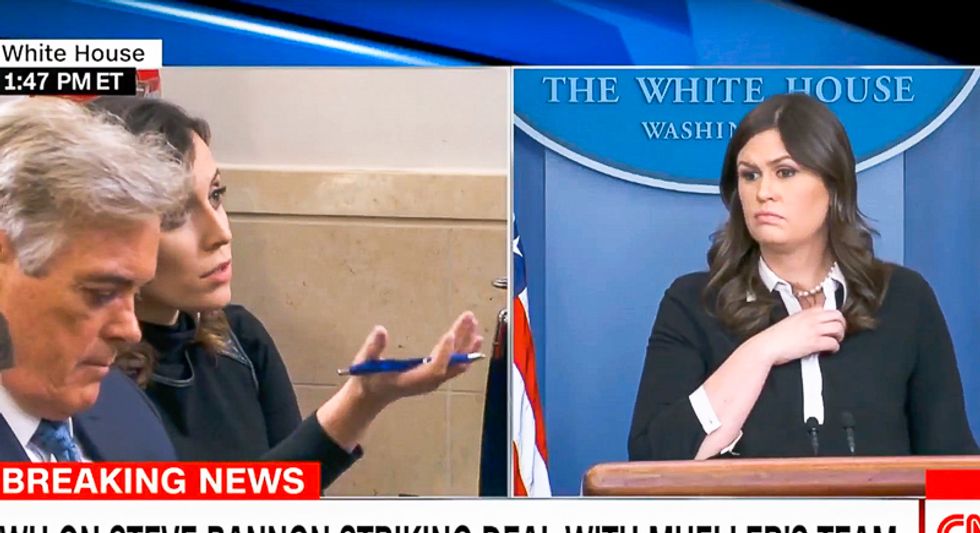 Reporters in the White House press corp challenged Press Secretary Sarah Sanders on Wednesday about whether the Trump administration is concerned about what former Chief Strategist Steve Bannon could reveal to the FBI and congressional investigators.

During Wednesday's White House briefing, MSNBC reporter Hallie Jackson pointed to news that Bannon had been subpoenaed by congressional committees and by Special Counsel Robert Mueller's investigation into Russia's interference in the 2016 U.S. election.

"Is the White House afraid of what Steve Bannon might say?" Jackson wondered.

"Not that I'm aware of," Sanders replied. "There was absolutely no collusion. But in terms of what he might say, I can't answer that, I can't speculate on that."

Sanders was also asked if the president "was prepared for the investigation to last into the months to come."

"Regardless of who it is, we're going to be fully cooperative," the press secretary said. "I think we've been dealing with this hoax for a better part of a year. If we have to endure the ridiculousness for another month, we can certainly handle it. Do the American people deserve that? No, I don't think they do."