RNC chair: Trump asking acting FBI Director McCabe whom he voted for was just his way of 'getting to know' him 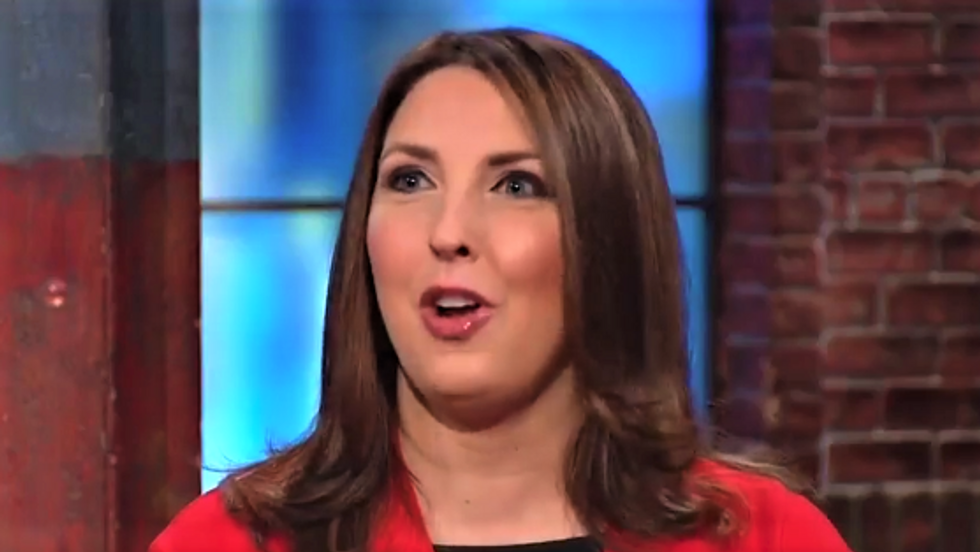 RNC chairwoman Ronna McDaniel struggled to justify President Donald Trump's reported efforts to question Deputy FBI Director Andrew McCabe about whom he voted for in the 2016 presidential election during an interview on CNN Wednesday morning.

At the start of the interview, host Alisyn Camerota asked McDaniel whether she thought it was appropriate for the president to ask agents at the nation's top law enforcement agencies whether they voted for him.

"I know this is a big story," McDaniel acknowledged before pivoting to say that it's not a big story at all. "I think it's just a conversation. I don't think it intends, you know, all of these terrible things that people are trying to put forward."

Camerota pressed McDaniel to ask if she thought it was inappropriate for the president to ask a top official at the FBI whether he voted for him.

"Yeah, I don't know, I ask people who they vote for sometimes," McDaniel replied. "I think it's trying to get to know somebody, I don't think the intentions are as bad as being put out."

Camerota then asked if Trump believes anyone who voted for a Democrat was incapable of working for him -- and McDaniel insisted that wasn't the case.

"This is a president who's getting to know people, and that's part of those conversations," McDaniel said.