Sarah Sanders insists Trump didn’t ‘sit on the sidelines’: ‘What the president did clearly worked’ 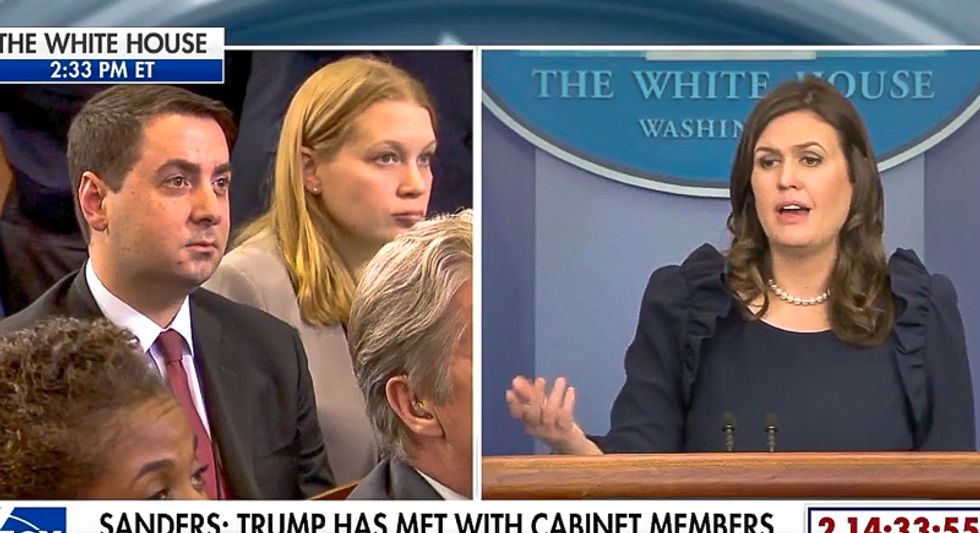 During Monday's press briefing, one reporter noted that Senate Minority Leader Chuck Schumer (D-NY) had accused Trump of sitting "on the sidelines" while lawmakers took the lead on negotiating an end to the shutdown.

"Look, what the president did clearly worked," Sanders told reporters. "The vote just came in 81-18. I would say that those numbers are much more in the president's favor than in Sen. Schumer's favor. I'm not sure what changed for [Sen. Chuck Schumer] and what he gained other than maybe Nancy Pelosi taking a bunch of Republican members out for dinner to celebrate their shutdown."

"I'm not sure what other positive things came out of this weekend for Democrats," she concluded.