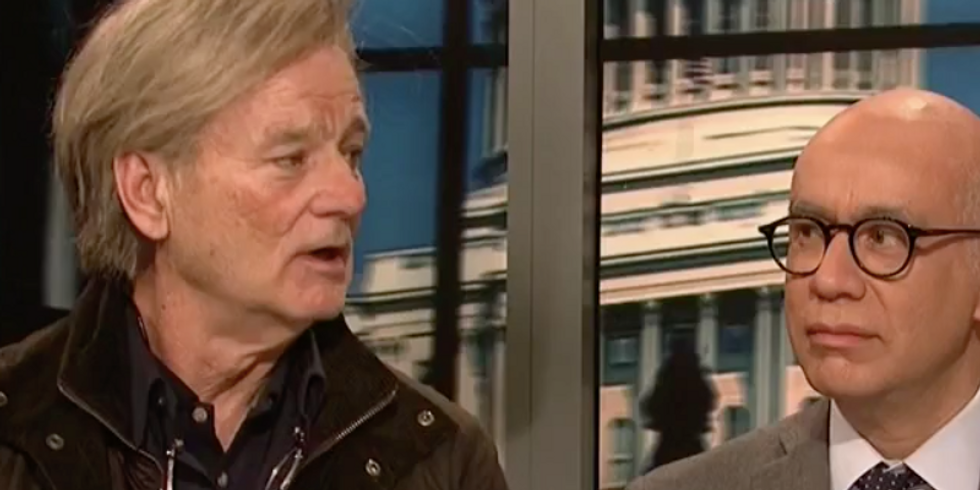 "Saturday Night Live" legend Bill Murray returned to the show this week to play ousted White House chief strategist Steve Bannon but there was so much to love in this week's opener, including alum comedian Fred Armisen of "Portlandia" as Fire and Fury author Michael Wolff and Leslie Jones as Oprah Winfrey.

The sketch began with Kate McKinnon and Alex Moffat reprising their creepy/sexy sendup of a smoldering -- if conflicted -- Mika Brzezinski and constantly interrupting Joe Scarborough of MSNBC's "Morning Joe."

Armisen as Wolff regaled the pair with tales of "baby races" in the White House in which President Donald Trump gets two babies of different races and makes them compete for a bowl of cheddar goldfish.

Then as Steve Bannon arrived on set in Grim Reaper guise, Murray arrived on the scene to discuss his "web series for crackle" his fashion line of wrinkled barn jackets, "Frumpers" and his next line of "outsider" political candidates, Logan Paul, Martin Shkreli and "Jared" from Subway.

But nothing topped Leslie Jones as a presidentially-curious Oprah Winfrey.

"I thought I smelled lavender and money," said Brzezinski.